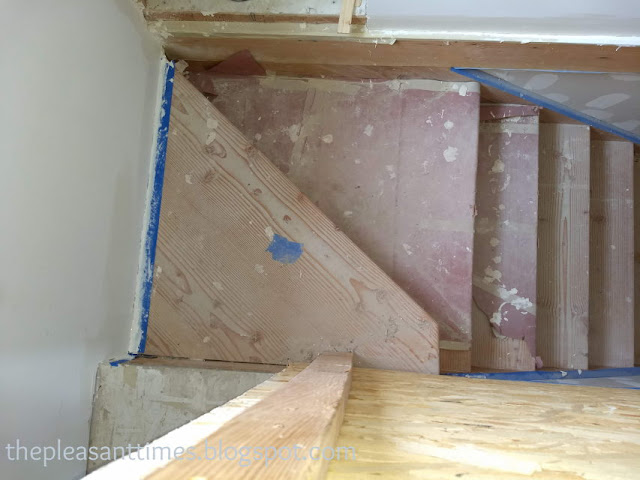 We had to have a corner stair to make our rise-and-run work out.
I had no idea stairs were so difficult to design, to build just right, and what space-hogs they are! At least that is how I felt during the stair process!
In every house plan we drew, the stairs were always gobbling up our square footage. The only fun part of the stair design was adding our own touches, such as the thick treads and the kid's cubby. 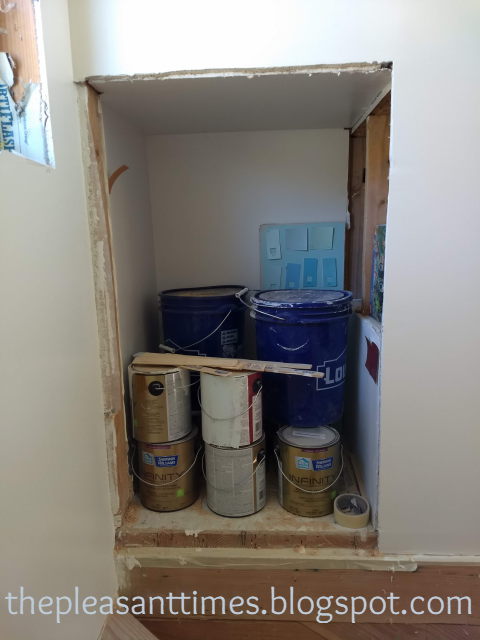 The little reading cubby became the paint closet for a while.
It is fun to think about stair landings, especially when you are child-sized. It worked out that we could put a cubby here. Other ideas were a window seat at the top, or a door to a balcony. You can have lofts on stair landings, too. On the one hand, stairs are a space-taker, but on the other hand you could add all kinds of neat stuff and make them take up MORE space on purpose! 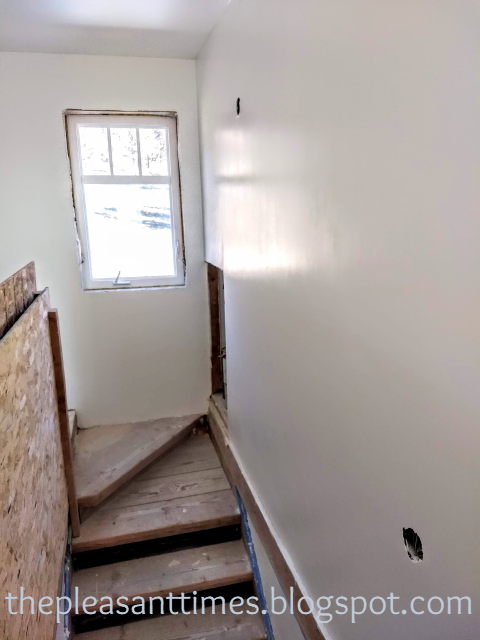 One thing we knew was that a window at the top of the stairs would be perfect, and it is. Not only for the natural light, but the breeze really helps on hotter days. Nothing is off-limits to our imagination and we had an idea to put little windows in this wall as you went up. Before the drywall went in, and since the first floor ceiling is so high, you could actually see quite a bit of the kitchen as you stepped up. It would have been different, but more complicated so drywall it was. The other ideas were things like bookshelves in the stair wall, because it isn't just a big blank wall, it is an opportunity! But there are also such things as time constraints, deadlines, and money. Just finding lights for the wall took long enough.
(This stair wall rivaled the ceilings as being a bear to paint. Every roll of the roller showed up. I chose semi-gloss for this wall, too, which made it worse. My idea was that it would be easier to clean off little dirty hand-prints. We eventually went over it in satin paint but that didn't help much. I dread having to repaint that wall!)
posted by Lillibeth