It's not often that I even remember that The Pleasant Times is an affiliate with Christianbook.com-- but I had to just let my readers know that the delightful McGuffey's books I grew up with are now being reprinted and sold at CBD! A set of slip-cased hardcover McGuffey's Eclectic Readers are just the thing I need to replace the softcover ones I had, which are falling to pieces from over-use (they're teaching a second generation now!). This is going on my book order list!

Ever wonder why you live in a County? 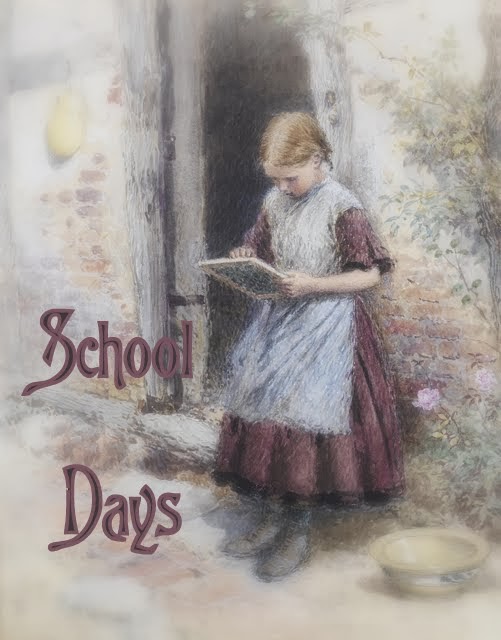 When studying history, we often come across interesting bits that demand that we go on a rabbit trail. We enjoy discovering the origins of words, concepts and objects that we are still familiar with today. While studying about the Franks in the 6th century, we gained insight into why we, in the 21st Century USA, live in a "county!"

"The provincial, as distinguished from the central, government of the Frankish realm was exercised by officers who bore the names of Count and Duke (comes, dux, Graf, Herzog). The whole realm was divided into countships. In the purely Teutonic half the unit was the old tribal district, which the The counts Roman called Pagus and the Frank Gau. A count was appointed to each of these tribal units. In the Romano-Gallic half of the kingdom the countship was composed of the civitas, or city with its dependent district, which had survived from the times of the Western Empire, and often represented the original Celtic tribe. The count was both a military and civil official. He administered justice, led the armed levy of his district, and saw to the raising of taxes.
"Several countships were often united and placed under a single official of higher rank, the dux, when the counts had to follow and obey. These unions of countships were most common on the frontier, where a strong and united defence against foreign enemies would be needed, and where it would have been unsafe to leave the charge of the border to half a dozen counts, who might or might not co-operate willingly with each other. In Provence and Burgundy the dux was also known by the Roman title of Patrician...
"The provincial governor, count or duke, was assisted by a deputy, or vicarius, whom he nominated to fill his place during his absence at the court or the wars, or while he Local was engaged in some specially absorbing task at Government, home. The minor administration of the countship was carried out by centenarii, or hundred-men, called also on occasion tribuni. The countship was divided into hundreds, and over each of these there presided a hundred-man, who was appointed by the count to act as a police magistrate in time of peace, and to head the men of his district in time of war. Petty law cases came before him, but at stated periods the count went round all the hundreds in his countship, and administered justice at a public assembly of the inhabitants." - The Dark Ages, Charles Oman, Page 124

We also spotted a clue to where we get the word "vicarious."
posted by Lillibeth