To celebrate Back To School time, I thought I would put up a series of History Opinion Polls. I have put in plenty of options to choose from, if you don't see your opinion just put it in the comments!

I found an old history book for children, and boy did it make me think... now I would like to know what you think!

CAVE MEN
"Primitive people were wild animals. Unlike other wild animals, however, they walked on their hind legs."
-A Child's History of the World by Virgil M. Hillyer 1924
Thinking about ancient man, do you think your great-great-great-great-(and on and on) grandfathers were:
Created with PollMaker
posted by Lillibeth No comments: 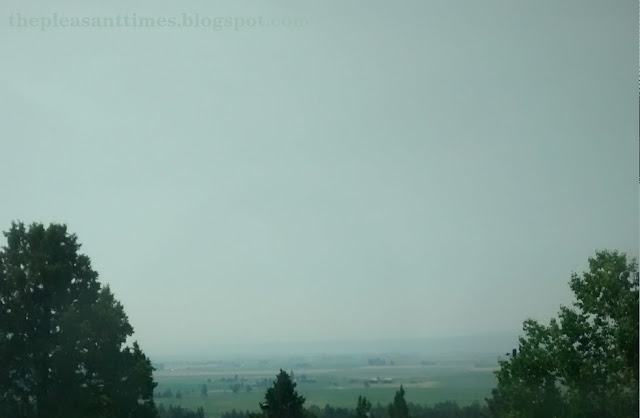 That year I thought the smoke was pretty bad. I felt like it was adversely affecting my health. It was nothing compared with the smoke of 2020, but back then it was bad enough for me to wimp out and escape to a different construction site. 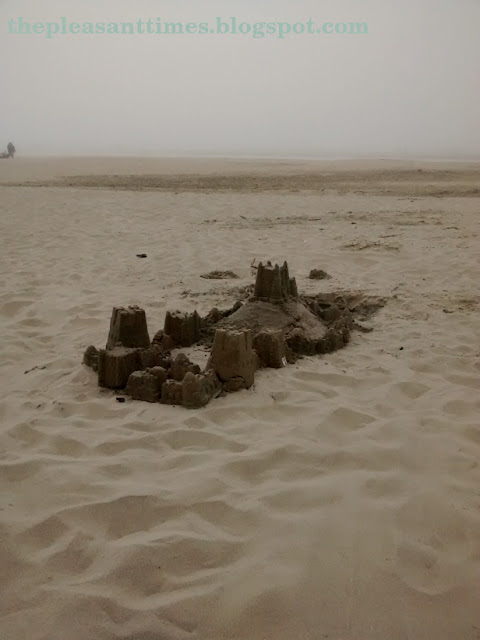 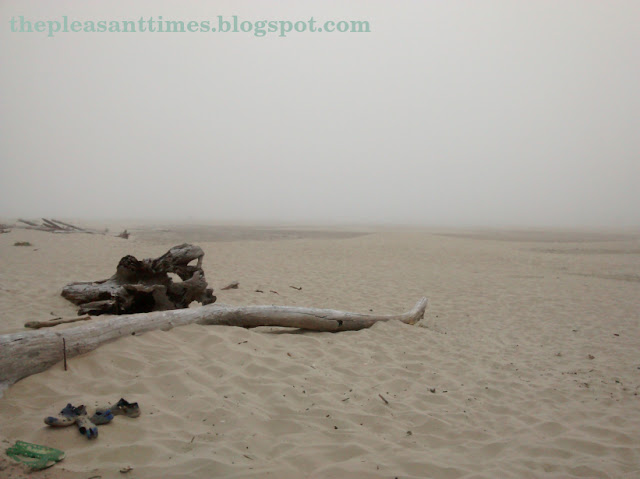 At least at the coast, the smoke was just a haze mixed with fog. 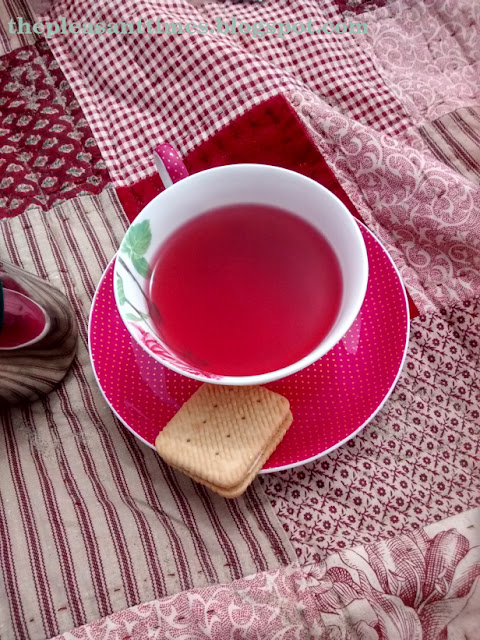 Leaving for the coast (hours away) was not always an option, but in retrospect we should have decamped for the summer instead of trying to struggle through and "wait it out" for a breath of fresh air...

A Poetry Moment -The Little People

Just a little aside... back to construction posts later!

We finished the first week of school and I think it went well! I have had the very great privilege of hearing the McGuffey's Readers read aloud to me multiple times. I have wanted to share this poem for a while, it was in the reader we ended on before summer break.

1. A dreary place would be this earth,

Were no little people in it;

The song of life would lose its mirth,

Were there no children to begin it;

And make the admiring heart surrender;

No little hands on breast and brow,

And man to utter coldness turn,

And woman would be less than woman.

Were there no babies to begin it;

A doleful place this world would be,

Were there no little people in it.

My laundry situation moved around quite a bit during construction. Sometimes I had a line indoors (never outdoors) and if it wasn't a line, I used the scaffolding during the day. But sometimes it was just lawn chairs. Where there's a will, there's a way. 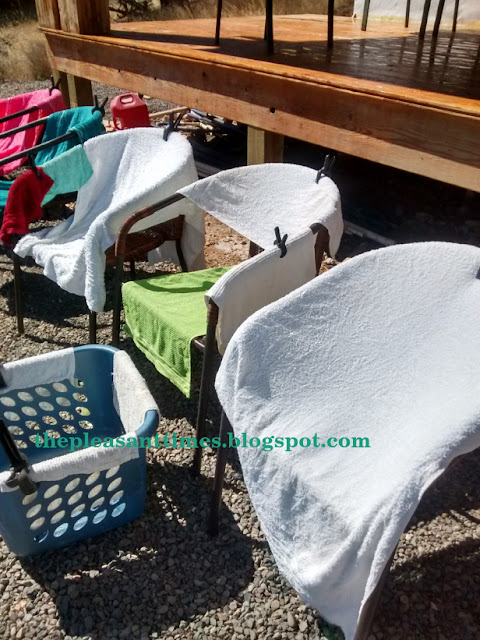 Construction clamps working great to keep the wind from doing away with the towels. I ended up buying a pack of them just for the laundry, so there would be no complaints. 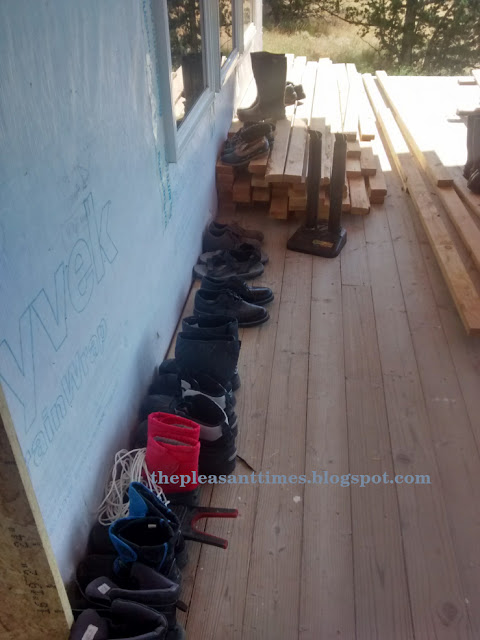 Not much we could do in the replacement RV for the family shoes, as there was no closet like the last RV had. Not that all of these fit into that closet! It was astonishing to realize how many shoes we need here... summer sandals for the blazing heat and trips to local creeks, church shoes, muck boots for the spring and snow boots for the winter. And a set like that for each of us. Some cowboy boots managed to sneak in the mix, too. 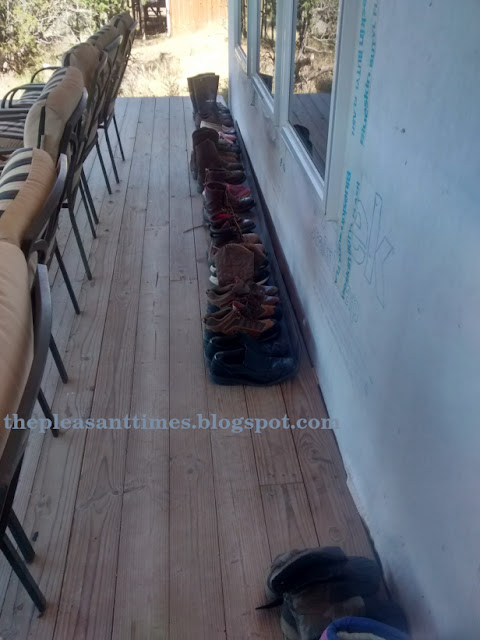 Until a solution could be found, I recall that these went into totes. Otherwise the scorpions would come and live in them. 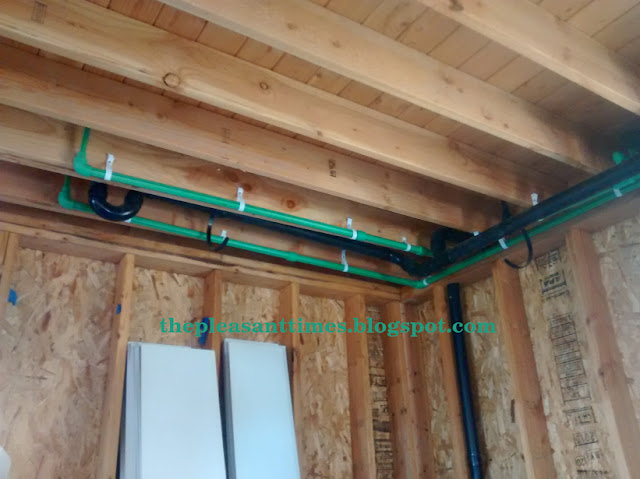 All these pipes by the first floor ceiling are feeding upstairs sinks, tubs and toilet water lines. Later on these would be insulated by cozy fluff-foam and hidden from sight with some interior framing.

Living in an RV through the winter freezing taught us that we wanted our pipes indoors in conditioned spaces as much as possible. The main water line comes up through the ground into a conditioned crawl-space, and none of our plumbing is housed in the exterior walls (even though the pipes we bought are supposed to be somewhat freeze-tolerant). I suppose it wouldn't of mattered, because later on I'll be posting about our super-insulated exterior walls! 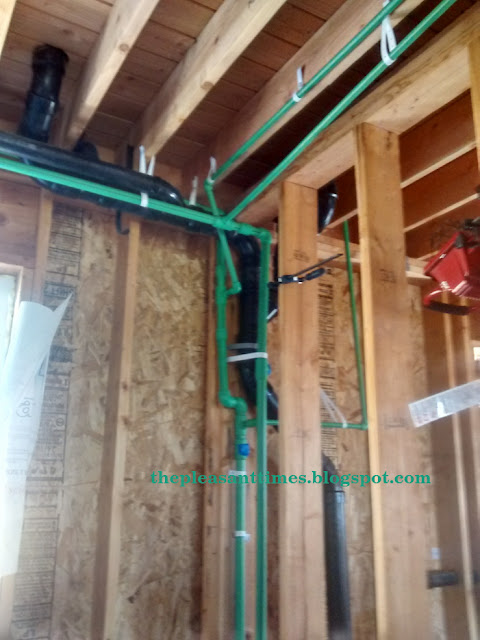 Call us easily traumatized, but we were taking no chances of freezing pipes.

...and no, we didn't take the new RV to do it. Most of the time we were escaping the heat of the RV during a heat wave, looking for a cooler climate! 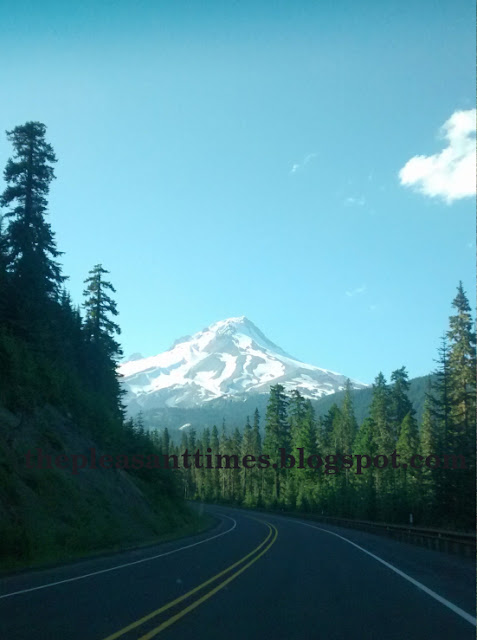 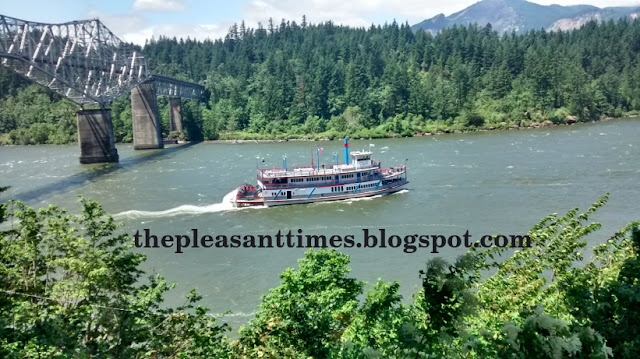 A family reunion at the Gorge was a nice diversion. 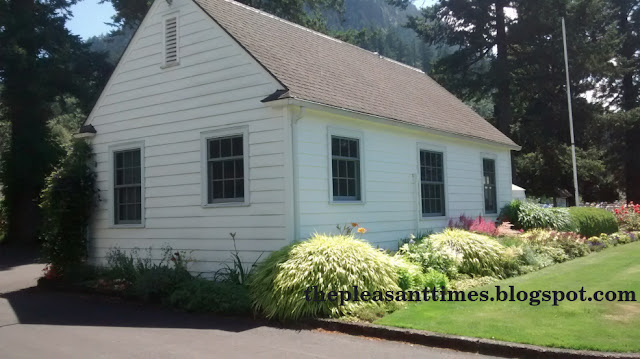 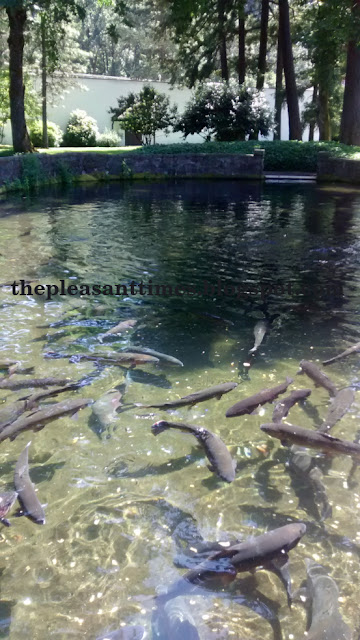 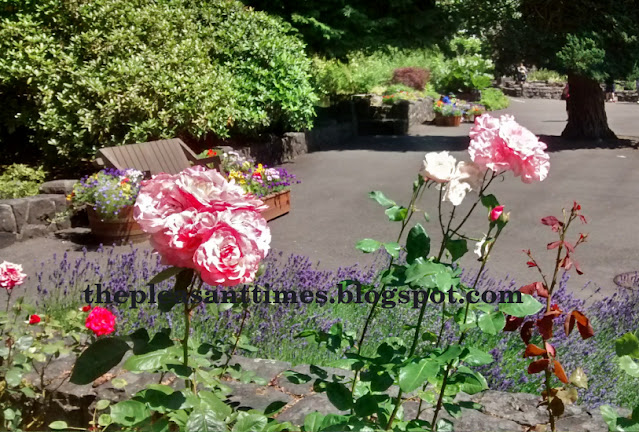 I would never have guessed that "fish hatchery" would be on the list of my favorite places to go, but I have been to a couple that are very beautiful and fun to explore. This one was at Bonneville Dam. 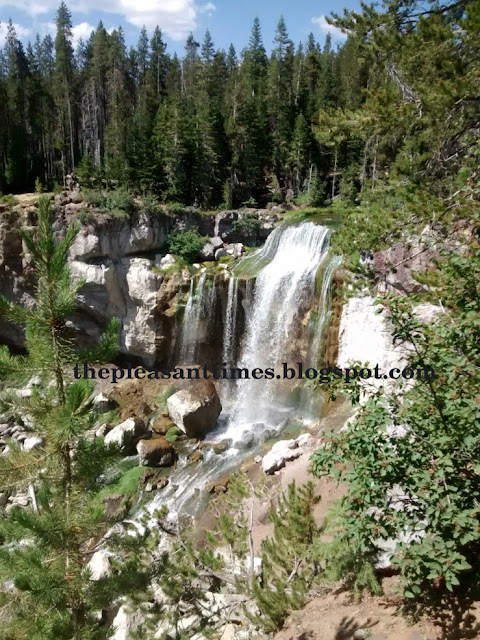 Falls at Newberry Crater area (twenty degrees cooler in the mountains that day!) 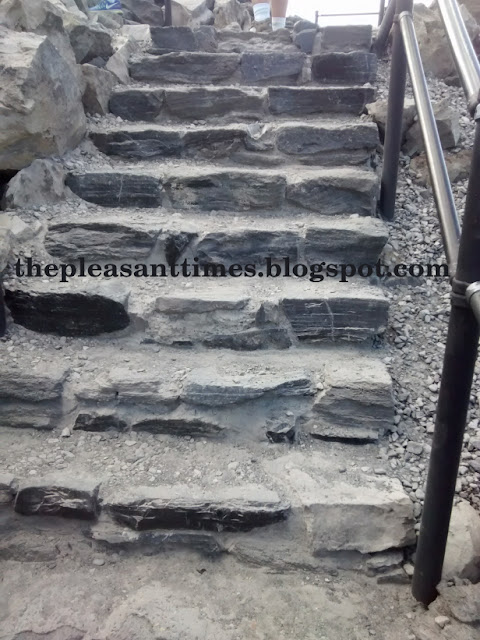 I couldn't help but gather a few ideas for the house too.... how about landscape steps made out of obsidian? 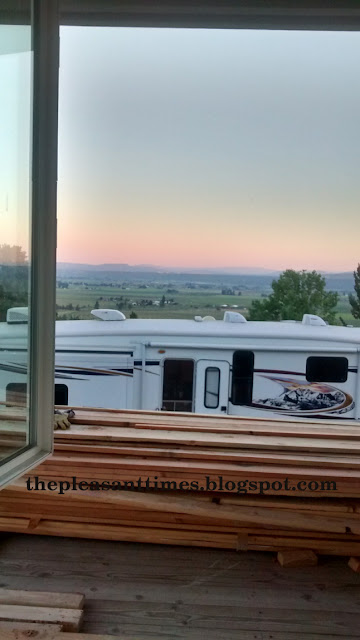 We were able to rent another RV, another Montana 5th wheel. It was not as long as the other but newer than the last one. It had been sitting a while, under a shelter, but had picked up a packrat in the storage bay which we had to evict. Fun times.

(I will always say "packrat" but technically it's a wood rat, I think.) 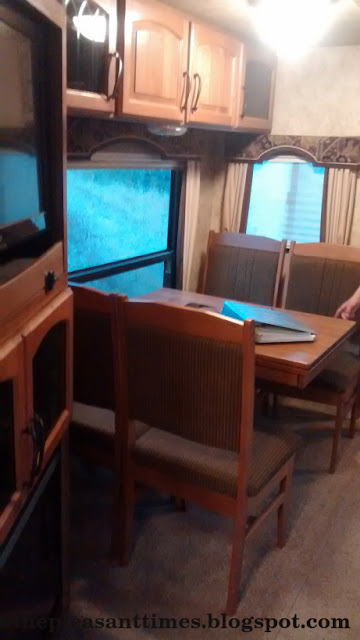 I cannot find a picture of the kitchen, which was quite a stylish one with a black countertop, although less roomy than the other Montana. The new RV made us feel like we had moved into a fancy hotel suite. 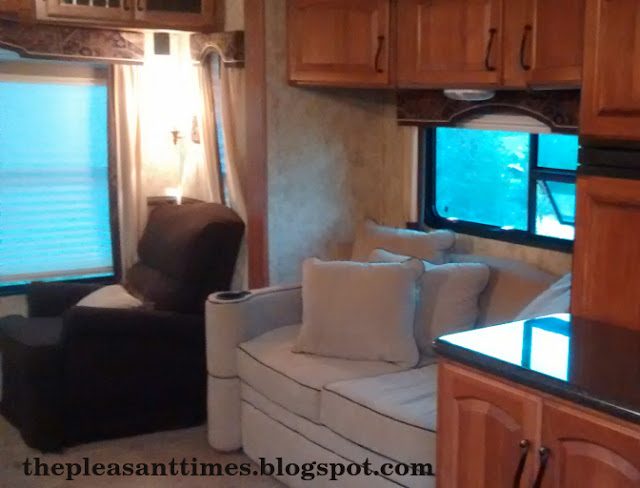 This one had more furniture, which meant some shorter people could sleep up off the floor on a chair or two. We still had to have sleeping bags on the floor for the others. I felt bad that one of the boys opted to sleep on the kitchen floor to have more room! You always feel like the grandchildren will hear stories someday such as "When I was a kid, I slept on the kitchen floor..." and judge you. 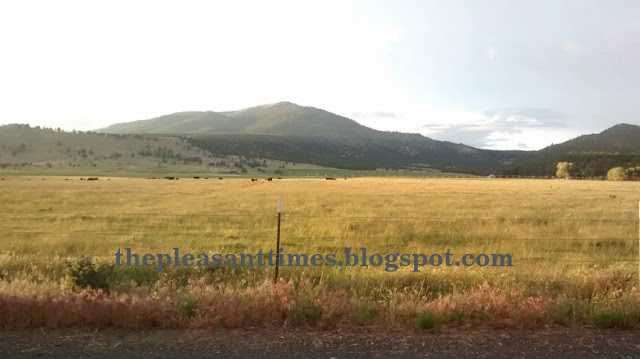 Sorry for the delay, we had a hugely busy week last week! I hope I can get back to regular blogging soon!

In order to be able to live over here and build a house, we rented an RV and the owners generously allowed us to park it on-site. They hinted that we could buy it, but we didn't think we would need an RV for long, we were always sure that the house would be ready in a few short months.

(Ha. We should have bought it.)

There came a day, a couple years later, when the owners needed it back, so we had to find another one to rent.

In the middle of house-building, we had to move out of the RV. Totes of clothing and dishes went up to the house to mix with construction stuff. We cleaned and cleaned and replaced parts and did everything we could to fix up the ol' Montana fifth wheel to go back to its owners. And I cried a lot. 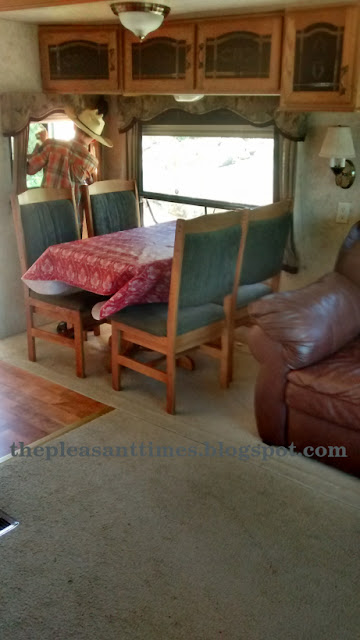 It really was "home sweet home" to us. 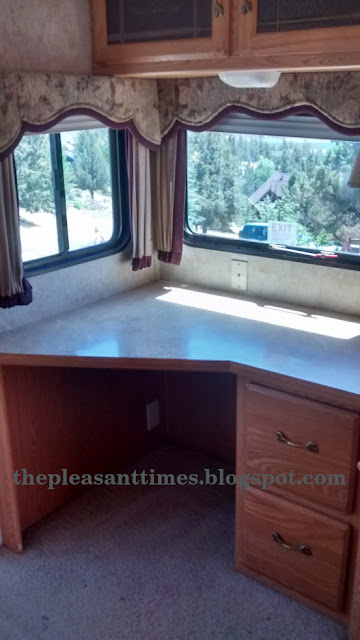 The owners called it the "taj majal" of RV's and I think they were right. It was very roomy. It even had an office! 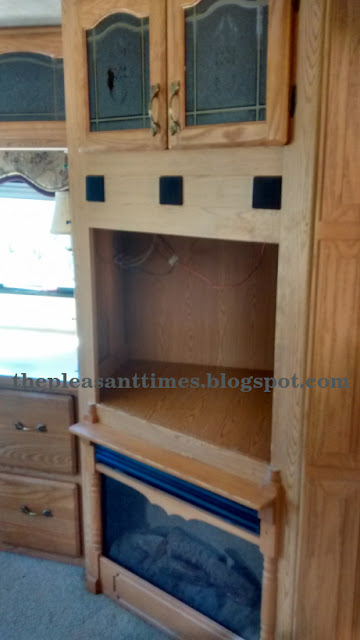 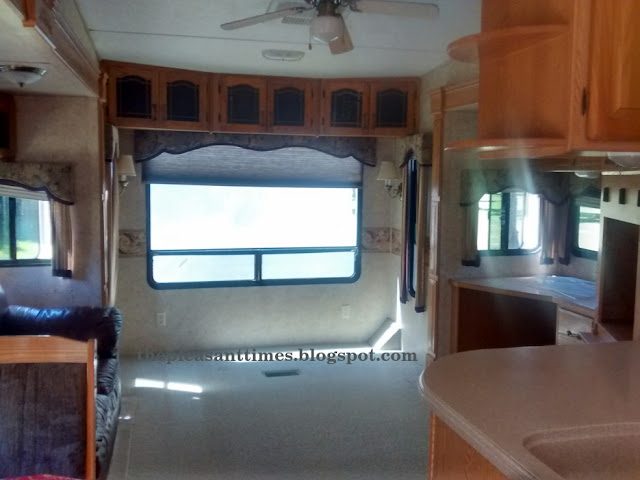 It had a leather couch in the slide-out, but the other seating was removed which was perfect for our purposes. 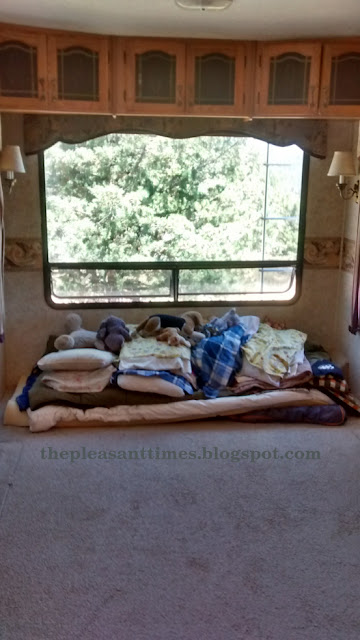 All the kids camped out in the roomy living room. 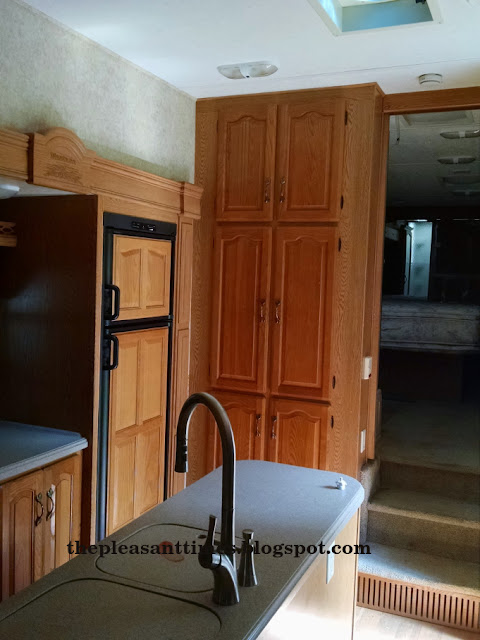 In subsequent RV's (yes, there were more than one) we had not had such a perfect kitchen as this one.

We will never ever forget the loan of this RV. Thank you thank you G&N!