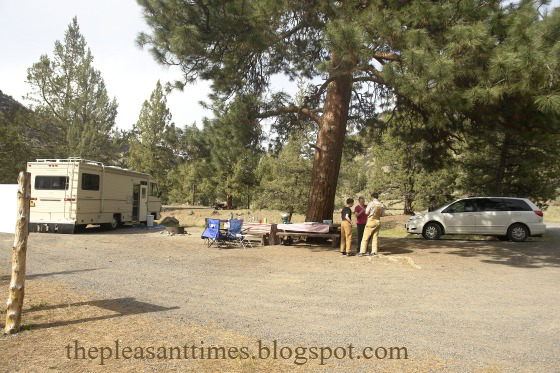 Our friend Nancy liked to camp. She grew up in the woods, and was fond of the wild outdoors. When she set up camp, everyone was invited to come and visit for the day, or camp with her! She often had old friends that she camped with. She invited us many many times, but we were always too busy. But that year of our house-build, we decided we had put off life long enough and we were going to make time for Nancy's Camp.
She had her favorite traditional spots, but this time she decided on the Crooked River. I don't know if this was one she had tried before or not. The shallow banks of the river were a nice place to cool off tired, construction-dusted feet. The geology is amazing around here. 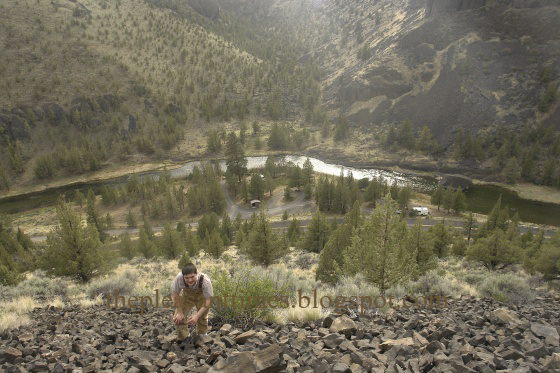 Some of the more adventurous took off up the hills. My son took this photo, I was down there at that bend in the river... 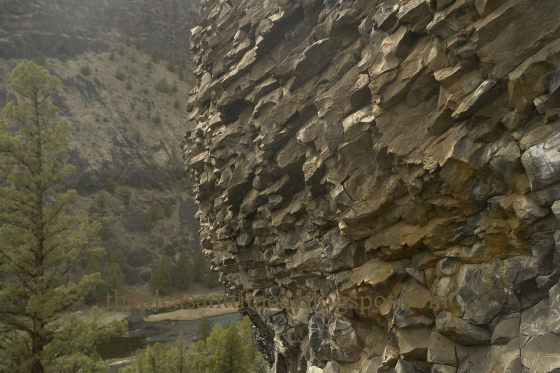 A Bit of Bright 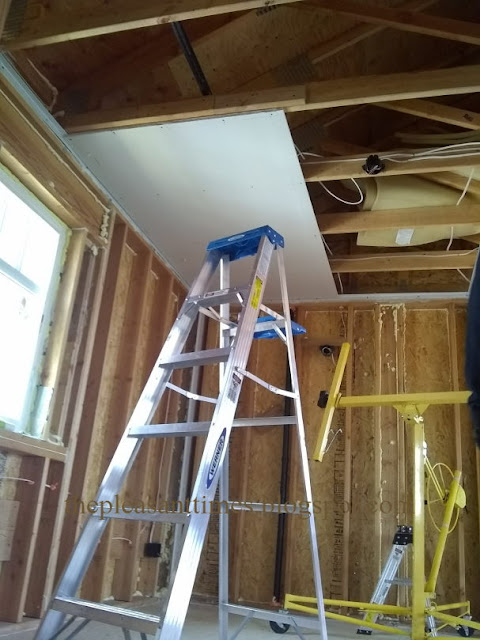 Here was a memorable day! The first bit of ceiling went up. Now the light coming in the windows would have a surface to bounce off of, and the upstairs would be brighter. And once one was up, more would follow. 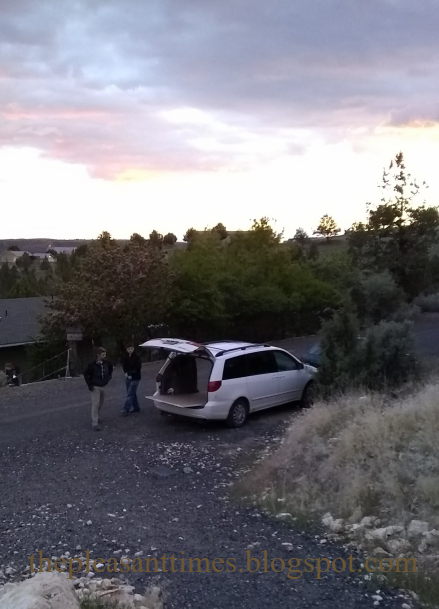 Good ol' minivan. Although we didn't tote all the drywall home ourselves, we did use the minivan to haul some upon occasion. With no seats in it, the van can haul 4x8 sheets of material. I've had 9 plywood sheets in it at a time!
posted by Lillibeth No comments:

Back to the house... 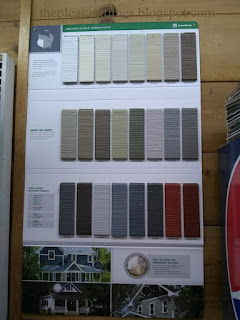 While some of the construction was going on, we were spending spare time thinking about house colors. Thanks to my husband's know-how, we were able to "try on" colors using a computer model. I'll tell you what color we decided on in a later post!

Much to Roger's (at the building supply) relief, we ended up choosing Hardie siding instead of metal siding (which as you recall I thought was a neat idea, but Roger didn't).

You can buy Hardie siding pre-painted. As I recall, the paint is baked on and much more durable and long-lasting that way. We did explore the painting-it-ourselves option as well. But who wants to get up on a ladder and do that every few years?? The thing that had appealed to me about the metal siding was the 50-year paint. This Hardie factory-painted siding lasts around 15 years which is not as good as the metal, but beats DIY.

I should say that we were trying to choose colors that would "blend in" with the surroundings, so nothing bold or bright. However our surroundings are all, well, juniper and dirt. With some sagebrush once in a while. Blues fade terribly here so blending in with the sky was out. Gray seemed to be an option that would blend in with the dirt but not be that same dirt color. We don't care for juniper green. And we didn't want beige!

Here are the renderings of the house in several colors were were considering at the time: 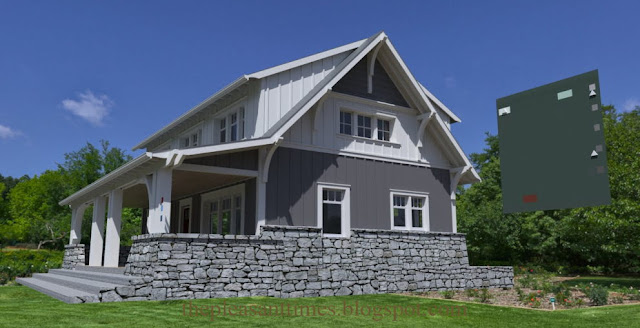 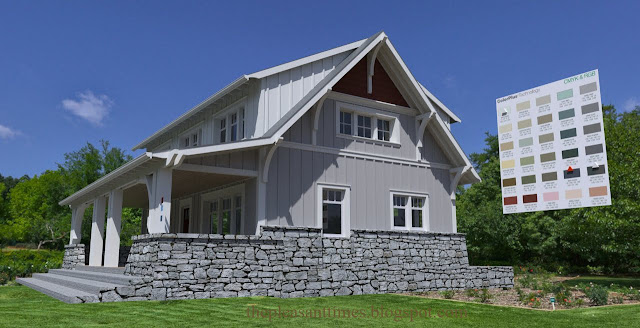 The background was a dream! If only it were really that lush and green around here... 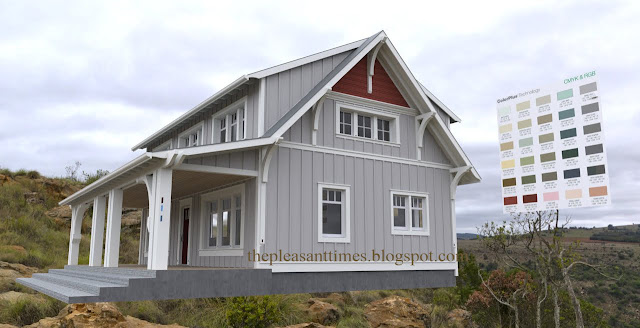 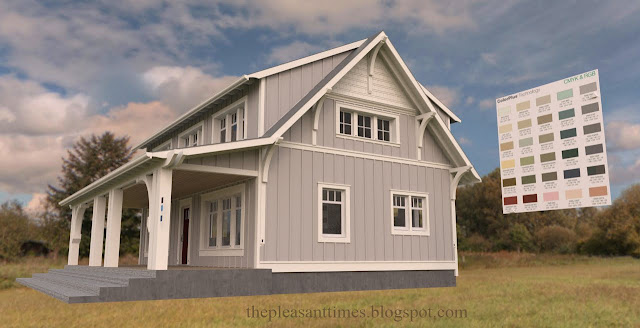 And this is what it would look like in the smoke-light, though we did not know it at the time that we would ever see it that way (the rendering is supposed to be in overcast light).

I'm sorry that you can no longer weigh in on this decision-- taking a poll would have been fun! But I wanted to show you the options we were looking at anyway. I still think they all look great!