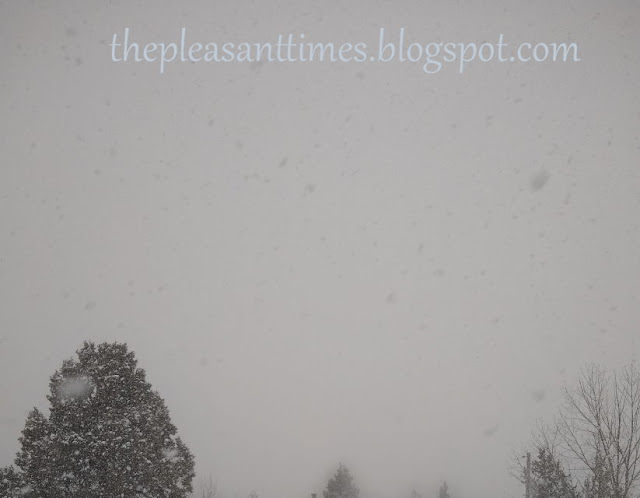 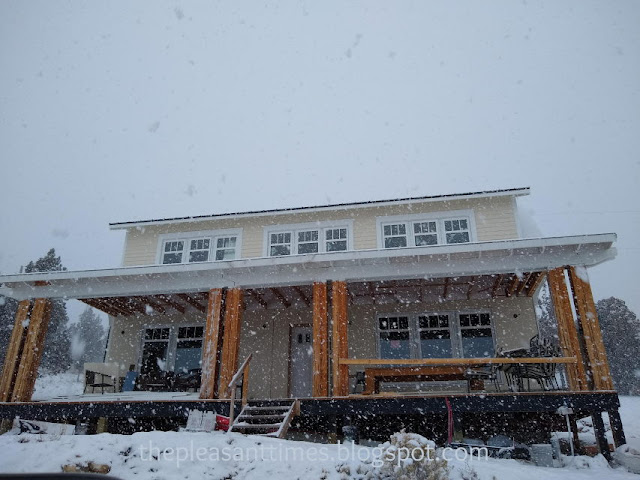 Yeah, it snowed. So much for the mild winter theory. 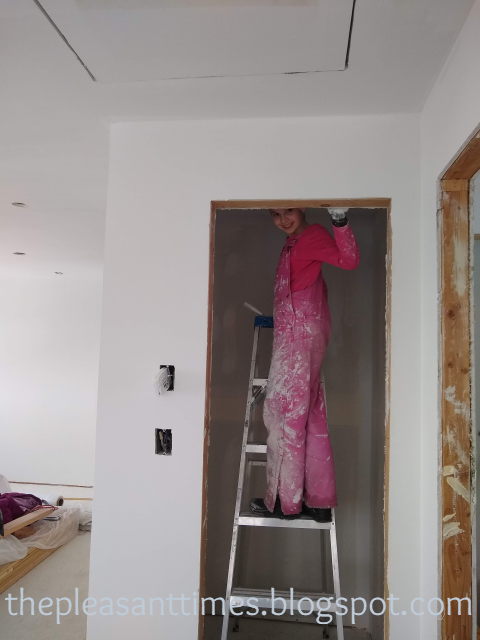 Inside the house the rest of us- the ones who didn't use power tools-  could actually DO something: we primed all the drywall for painting. 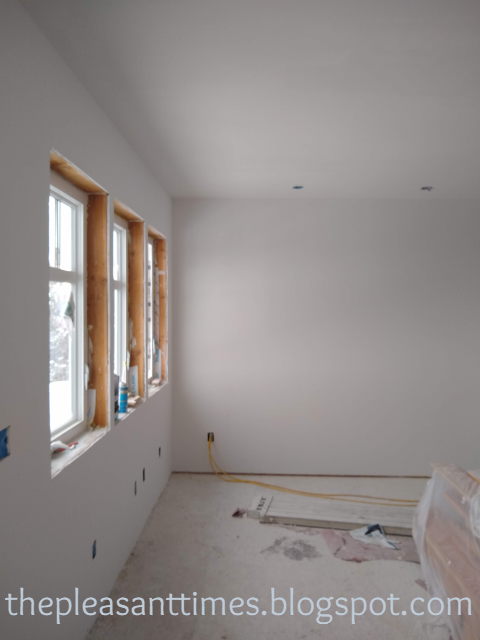 Disregarding the advice to put an "orange peel" texture on the wall, we opted for roller-texture, which was actually almost ZERO texture, which required a 1/4 nap roller. It's called the "slick wall" finish.
Folks, that's the "doing it the hard way" choice.
But what other choice did you expect us amateurs to make? 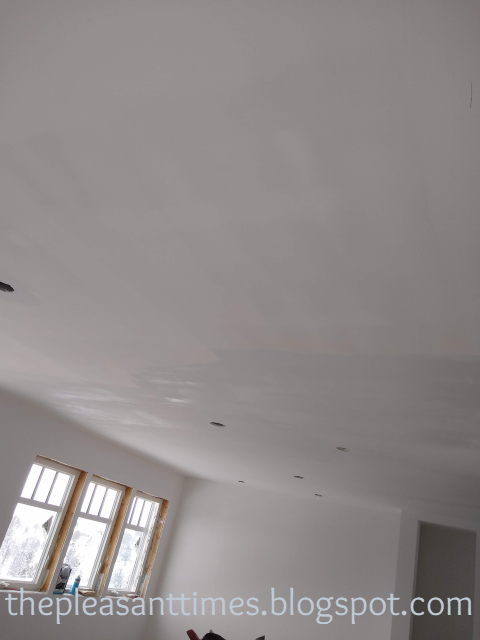 The ceiling was THE MOST ANNOYING project of that week. There is hardly a way to disguise painting mistakes on the ceiling. It's not like you can hang a picture there or something! You can kind of see what I am talking about in the photo above.  The 1/4 nap roller hardly holds any paint. One and a half short strokes and it's time to refill. Glopping it doesn't help. I went to YouTube, of course, for help. I bought the suggested items and tried them our.
The Canadian guy's advice was the first to go (he made it look so effortless), then the other guy who said "get up close and personal with the ceiling and use a brush." Neck ache! Finally the Idaho guy (these aren't YT channel names BTW) had the most amazing tool: did you know they made MAMMOTH rollers?
About 3/4 into this frustrating project, my husband came along with the best solution for "slick wall" painting finish on the ceiling! First he came in with the mammoth roller and simply got the paint on there, and then I went quickly over what he just put on with a "dry" 1/4 nap roller and "ironed it flat." From that point on the job went easier and faster.
When we were all done it was so bright in the house I had to wear sunglasses!
posted by Lillibeth