We've had a busy week, but hopefully I can catch up on the postings!

When I started blogging again it was rather overwhelming, so I told myself I would just do short posts and captions. Now that I am back "in the groove," in order to speed this up I'm going to try some longer posts and hope it isn't too hodge-podge for you! 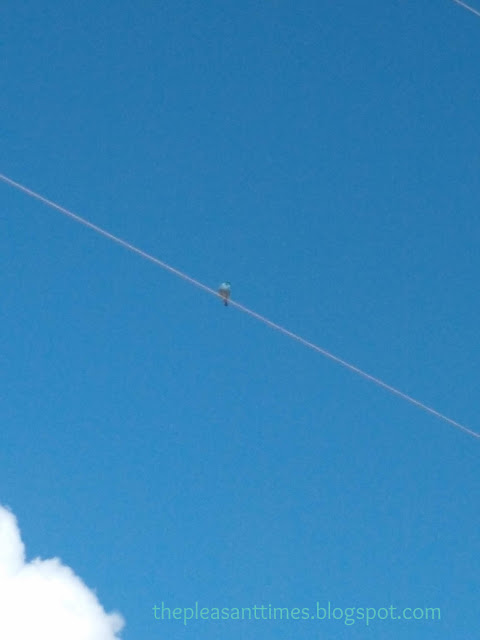 A mountain bluebird on the power line. Not the best photo, especially  since he's the same color as the sky! By theway isn't that a gorgeous blue sky? I was really tempted to do something with blue paint.

Spring came! Oh, it was such a relief. The snow melted quickly off of our southern facing hill. It was so startling to see our bare, warm gravel and grass, then turn around and see the snowy view! What season were we in, anyway?

The temperatures gradually rose every day until it was in the 50s. At that point, our RV heated up with the sunshine so much that we didn’t need the furnace on, which was great because the furnace didn’t run anyway as the propane was all gone. The Propane truck finally made it up the hill a few days later. One good thing about RV living in those situations is that we had dual power to our water heater, which meant we just ran it on electricity. It never quite worked out for showers and dishes our crowd and I usually ran both electric and propane to keep up, but we made do. Another perk of an RV is that there’s back up battery power, so that when the electricity was off for a while one evening, I was totally unaware of it as the lights were still on. 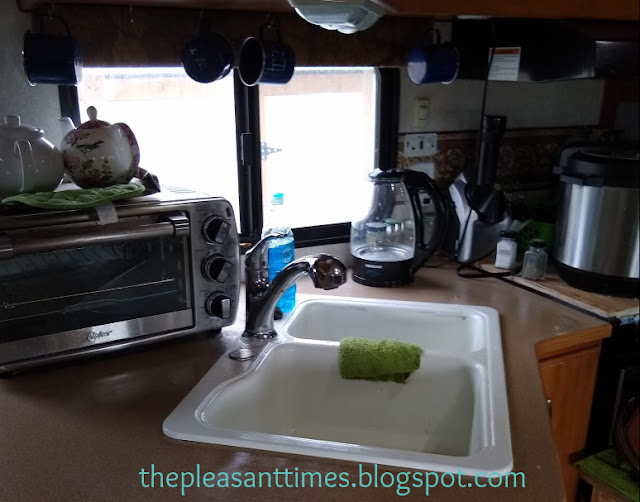 I don’t know if I’ve ever  told you about how we managed the electricity with full-time RV living.  Our mornings went like this: “Okay, turn off the space heaters and run the kettle for tea…now that the tea is made could you unplug the kettle and run the toaster oven?… Now that we have toast with our tea let’s turn the heaters back on…. oh dear, why isn’t this working? Uh oh, I accidentally ran the vacuum while the instant pot was going, Kids, could you check the breakers?” 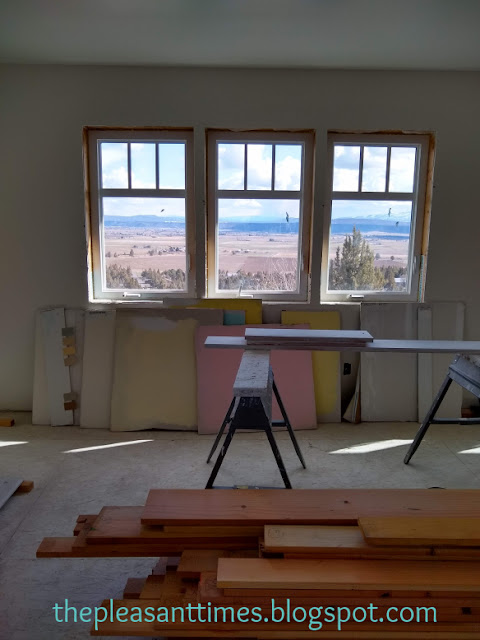 We almost started the trim painting one week. Doesn't sound like a big deal, but if you don't do things in the right order you mess yourself up! I was eager-beaver to get going on the next step in painting. We had to halt for we realized that A) we didn’t have our priming technique perfected and we should have started on scraps {NO STREAKS ALLOWED},  B) we didn’t know what piece was what, and most importantly, C) we would run out of places for the wet boards to dry. The entire process was halted for more important reasons though! We realized that we needed to inventory the trim stock, measure it all, measure each window, make a cut sheet and then prime and paint. Oh! 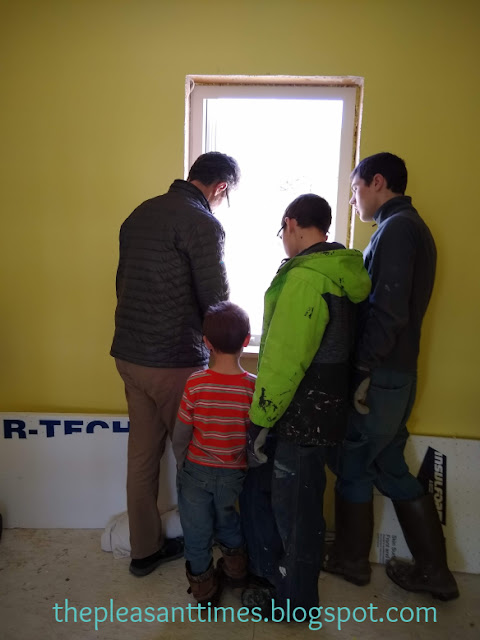 Getting important info on how to do the window trim. That discussion deserves another blog post all its own. 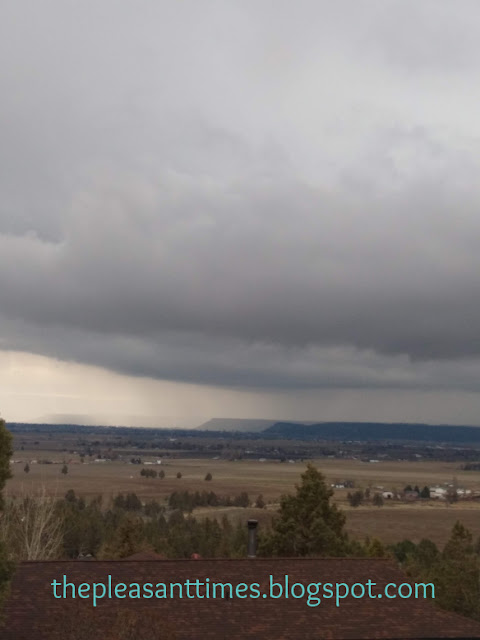 Some rain dumping, over there. 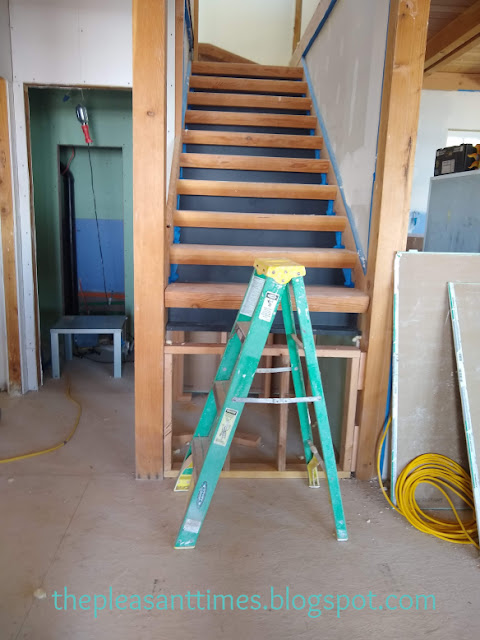 One of our stringers (sides) had cracked on the lower part of the stairs, so it had to be removed and replaced. It just so happened to coincide with our drywall experts needing to come back and finish the second floor, so it was interesting timing. 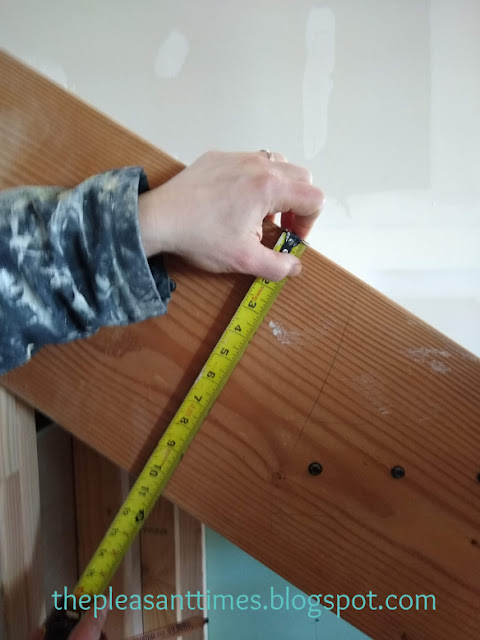 Lumber dimensions are not really what they are named, as you probably know. Here is an eleven-inch, "2x12" board for example. 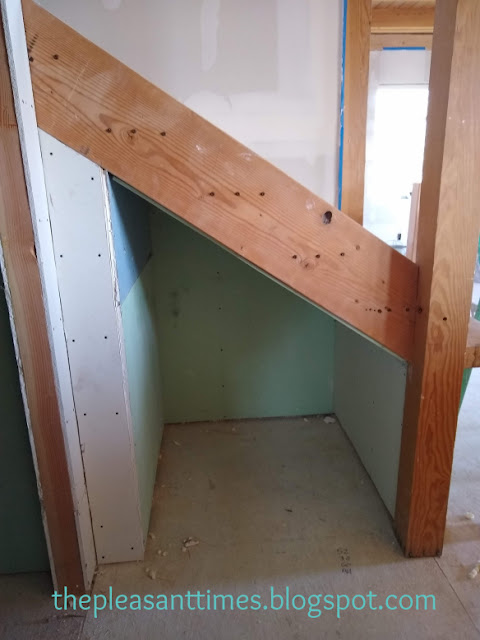 The little playhouse under the stairs was coming along! 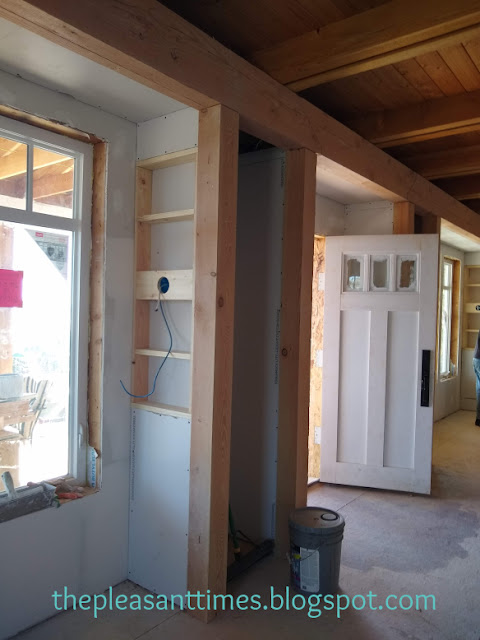 Several spots on the first floor were ready for drywall mud. 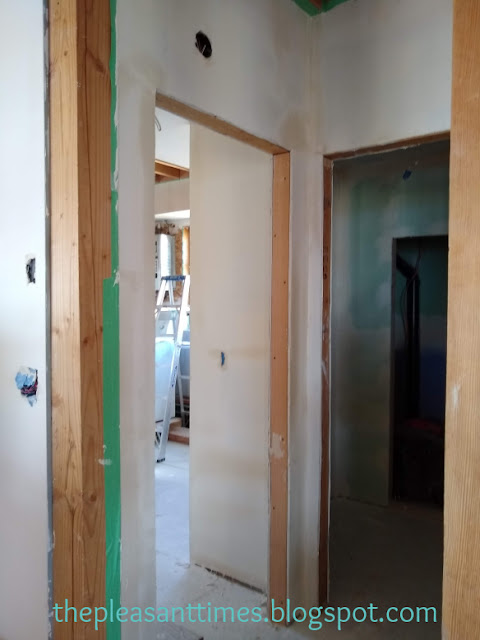 Even though we were "ready," there were always those little changes here and there that we had to inform our pros about when they came in the morning, and could they mud them? Because the outlet moved, the door moved, the wall moved... 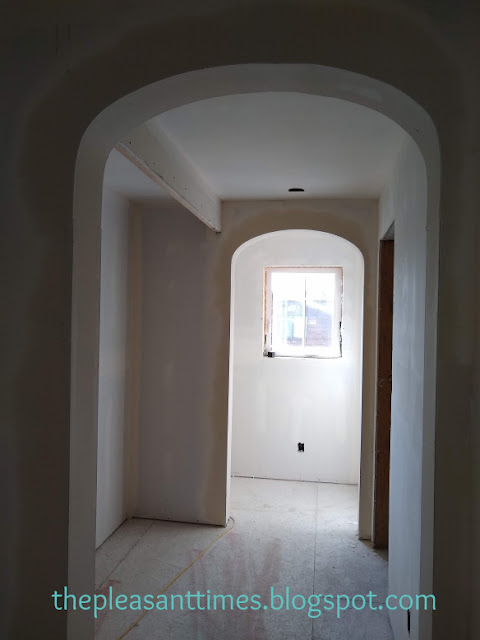 The arches upstairs looked great when they were mudded. 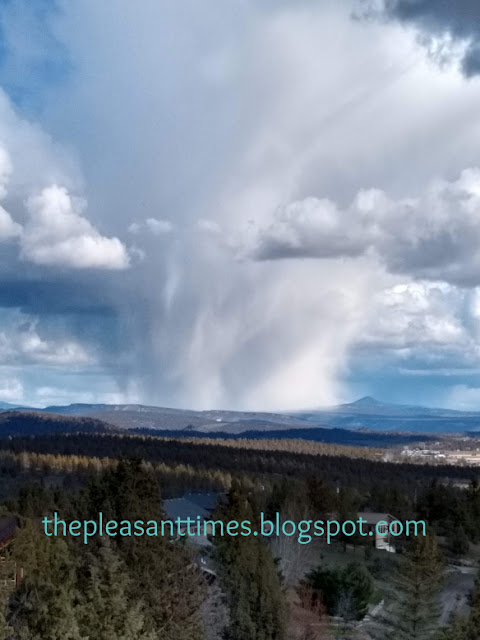 Something dumping over there. 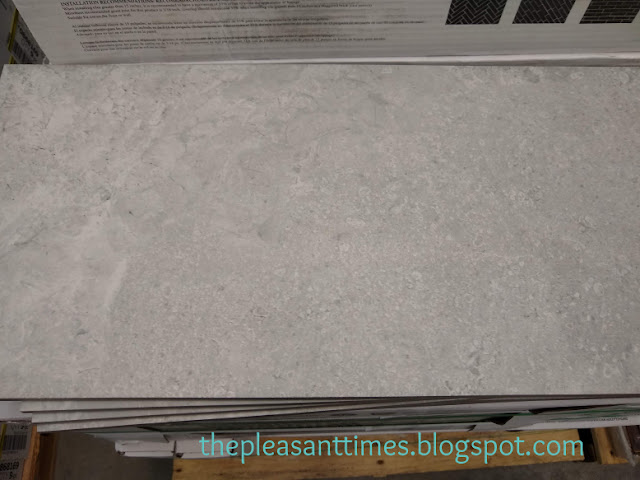 And all along the way, we looked at tile. Sometimes we bought some to bring home and lay out, and then returned it if we didn't think it would work. But, there were always those we were too late to return and I think I still have a box of this sitting around (I don't even like this one!).

It was starting to look more and more like a real house!  I extended my hopes to Christmas (which were formerly at June, and formerly the Christmas before that...) to be able to move in. 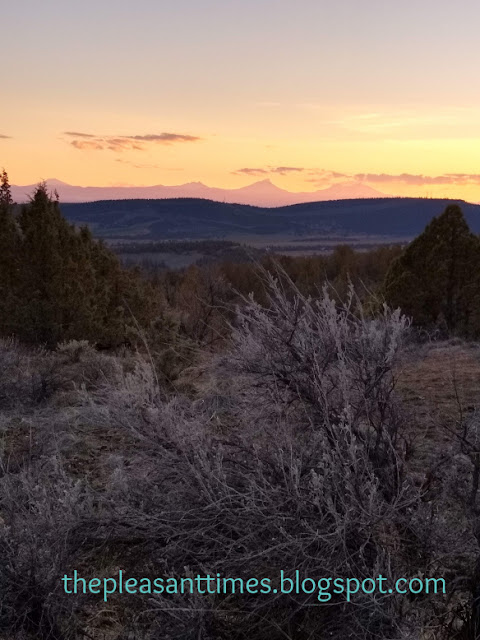 View from our big "backyard"

When you are sitting all snug in your finished home (a home isn't really ever finished), you'll look back at this post and think about the closeness and cooperation you had with plugs and people! And you'll be amazed at how much we really need to live!

Your home has so many special touched in it, the widows and arches are just some of the details that I appreciate.