NO No no... Windowsills

We've had several memorable discussions about certain parts of the house. Discussions about, oh, things like where the kitchen light should be and how to build a windowsill.

I am certainly still ignorant about most aspects of construction, and am not the one who knew about efficient ways to do things. Nothing is more annoying than having someone like me show up on site and start with the questions. But I instinctively knew about windowsills! 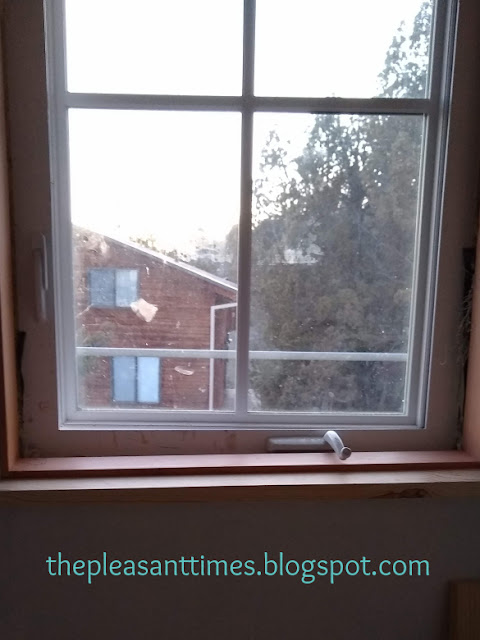 Seeing this bit of the window trim gave me pause.

We built the house with deep, thick walls. This was partly because of our exterior insulation adding to our depth, but also partly by design. A thick wall is delightful. Your windows can sit back into the wall, and there is the prospect of a windowsill worthy of the name both indoors and out. The look is just what we wanted. But that windowsill? No no no! This can't be! 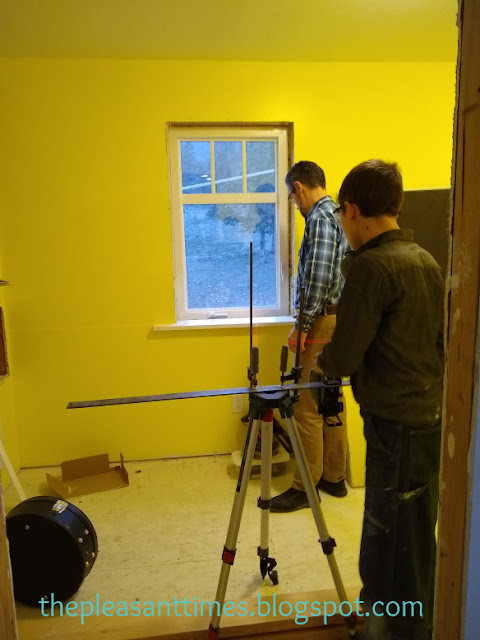 Up to this point, I hadn't been paying much attention, except that I knew that a tremendous amount of mathematical calculation was going into the window trim, stock was being carefully measured, cut, labeled, and counted. I was even priming some of it! Installation was underway and minds were certainly focused on getting it all done exactly as planned and in a perfect way. 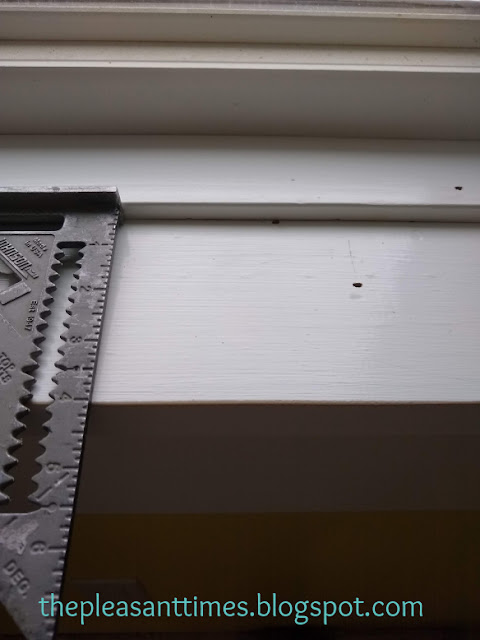 I was very upset about the sill. What is the point of getting a delightfully deep window, the prospect of a 6-inch-sill, if you are just going to chop it up into a four-inch/two inch two-level non-sill??? Before we move on to another window, could we get the sill to be one piece? I knew everyone would be say "No way! Not now! Too late!" but I knew that if we could change it, they would thank me later when they could put their tea-cup and book down on the (flat and proper) windowsill.

Suggesting a change to anything already deep in the process of being built? You might hear this conversation:

“Why is such-and-such this way? Could we have it another way?”

“NO NO NO– It would require tearing out a wall/ taking a solid month/ a million dollars/ totally destroying the house!"

Turns out that every little piece of trim stock in the entire house was dedicated for some part of this window, and if I took one of the pieces out the whole system would fall apart. It had already been designed down to the last inch of trim! Too late to go back to the drawing board? 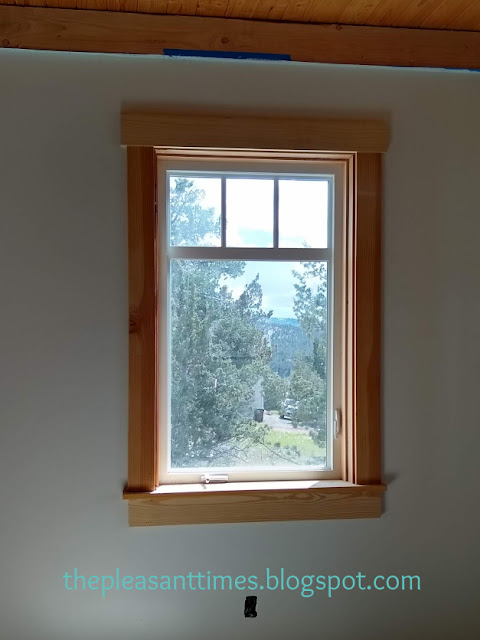 Thankfully, everyone worked through the objections, swapped some inventory around and found that they could, indeed, build a 6-inch sill after all.

Happily, the rest of the windows in the house have perfect windowsills. You can rest your book, a plant, clock, Christmas decoration and yes, your teacup and saucer* on them. You can even sit on them! GO BIG WIDE WINDOWSILLS! 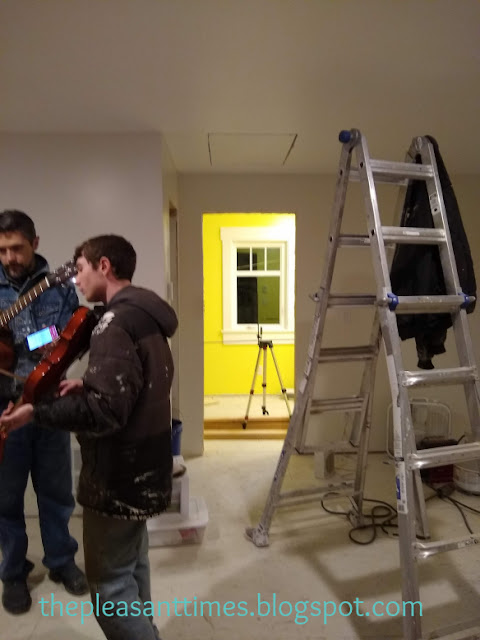 Maybe they were playing a victory song!

We do still have one windowsill in the house that is not flat-- the first one they built in the yellow room. At the end of the day, that one was stayin' put.

*but for the longest time they held tools, boxes of screws, and various small construction items, proving that everyone truly appreciated a functional windowsill!

Whew! !
You got your windowsills. You kept me in suspense until the end of the post!

Windowsills are important. One of the reasons I knew our house was for us is because it had deep sills. Glad you got what you wanted!