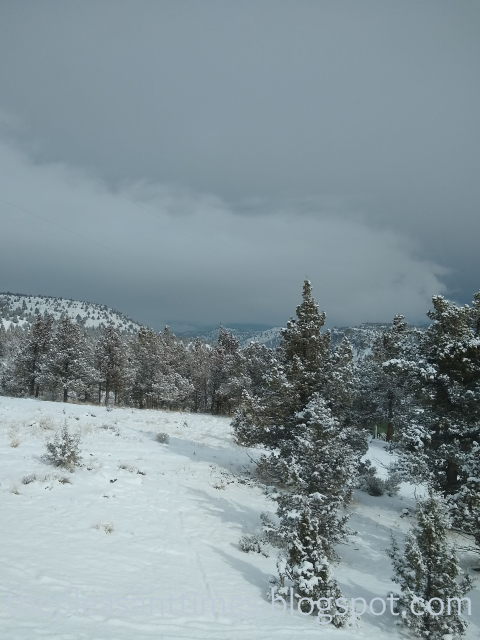 My daughter chose a color called "Chickery Chick" for the walls of her room. No matter how gloomy  it was outdoors there was one room in the house perpetually sunshine-y. 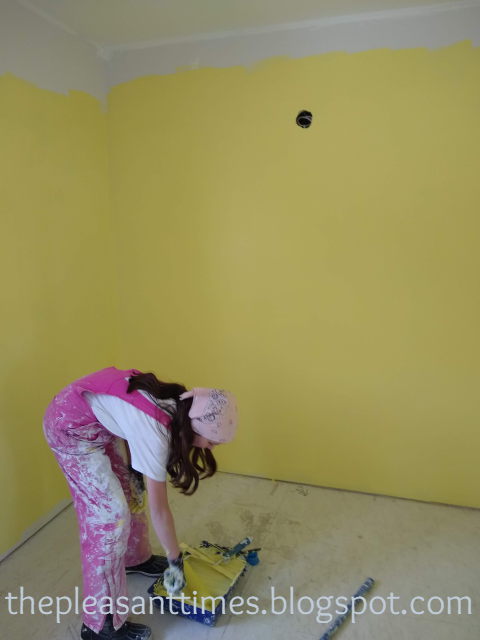 It was one of those cases where the painter had the "vision" for it, and the rest of us weren't quite sure. Frankly, some of us were comparing this color to traffic-control-yellow. One thing was for sure: it is bright! I had to leave her room to go out to the snow-white primed walls just to rest my eyes! 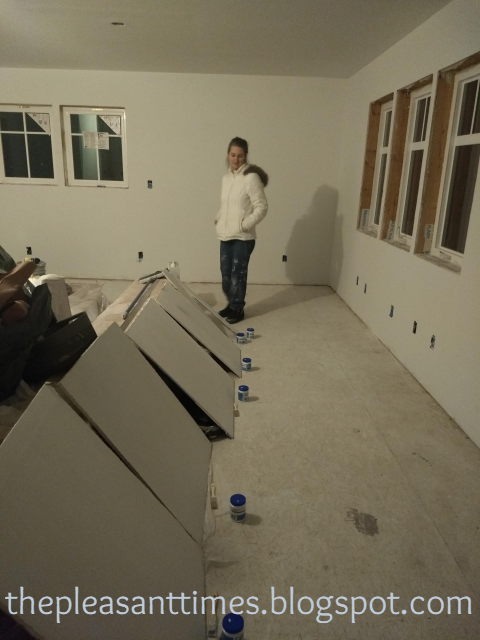 Now that the walls were primed, it was time to pick the paint color. We knew we wanted white with a tint of something. Wouldn't you know it, husband picked out beige. As beige as you could get, that is, without leaving white. "Shell White" won the contest. 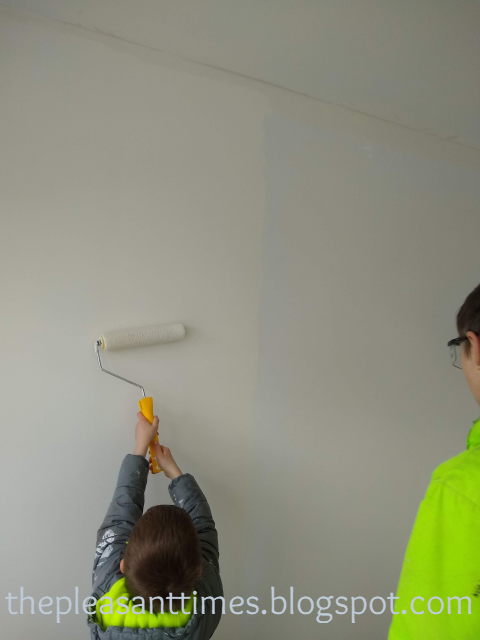