Winters around here seem to pack their punch just before Spring. 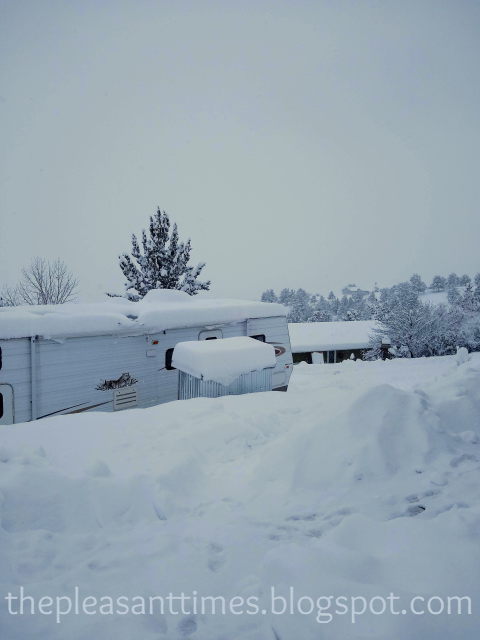 The locals called it an "unusual snow event." Things were canceled. Some businesses didn't bother to open. Cars got stuck in the snow. The trash didn't come for three weeks. The drains in the RV froze. And we all got sick. 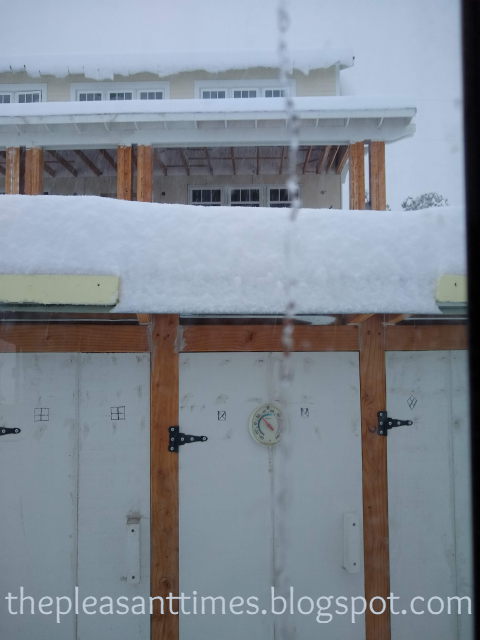 Just another slice of RV living! If I could dish out #1 top advice for building a house, don't try the RV living part! Build a tiny home or live in a garage! It's only fun and functional for a while, and then it is very un-family-friendly uncomfortable. I was washing dishes for a family of eight over a dishpan and throwing the dishwater out into the snowbank. Very pioneer sounding, eh? Here I was camping in winter, and this was what we lived in town the previous winter to avoid (that winter was of course perfectly mild. Murphy, why me?). 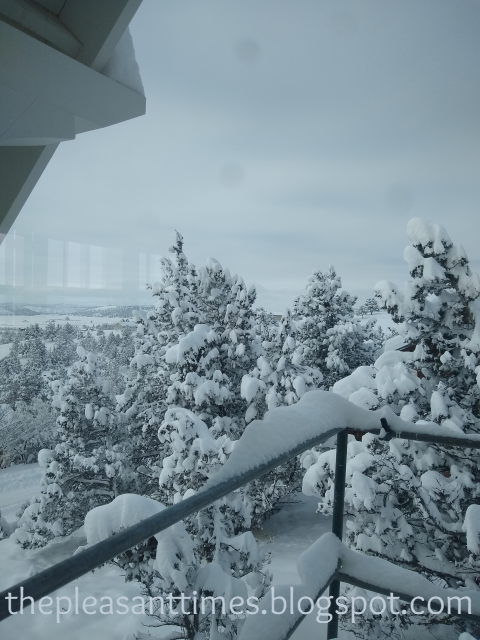 Thankfully the house was just a snow-trudge away, where there was an, er, facility that wasn't frozen. The water and electricity still worked, and everyone (but me) was sick at the same time for a change. 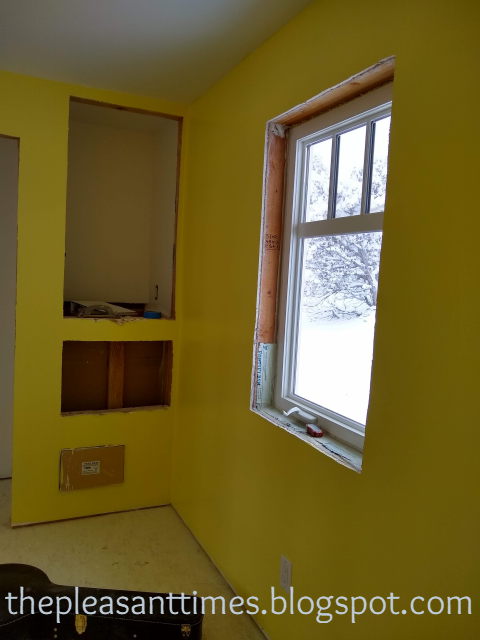 One only had to walk into this room to immediately thaw out. 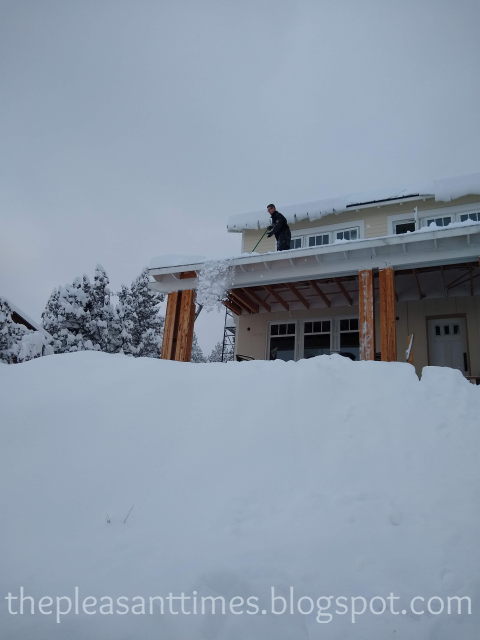 Our roof trusses were built to code, but local codes did not exactly factor in this heavy of a snow load. Sick or not, someone had to get out there and shovel it off. Eventually the snow came down with a crash like it always does, avalanche style. How many winters we have to go through before we put snow clips on that roof, I don't know. It's on the list. 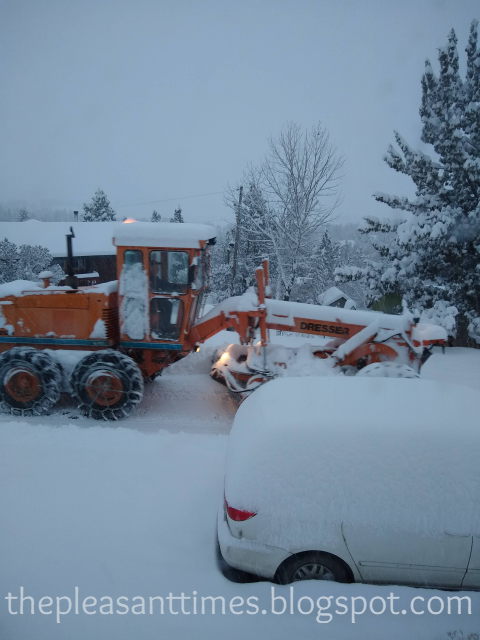 There were worries about getting propane refills and the like, but eventually snow must melt. I always like to read the "forecast discussion" page of the National Weather Service. Here's what it said as we inched closer to the spring date on the calendar that year:

“There will be a slight increase in afternoon temperatures Thursday through Friday but only in the 30s to around 40…just enough for melting of icicles, top layers of snow sublimating or changing to slush, and the unfortunate decaying of snowmen.”

Somebody had to have a sense of humor. One of the cars' batteries was dead from sitting so long freezing. All the windshields in the family's cars  were cracked from little red cannonballs that they sprinkle on the roads around here, and the deep cold. People were sending me "happy sunny day" messages from the Land of Spring. Clearly we needed to be prepared for something a little more arctic here heading into March. 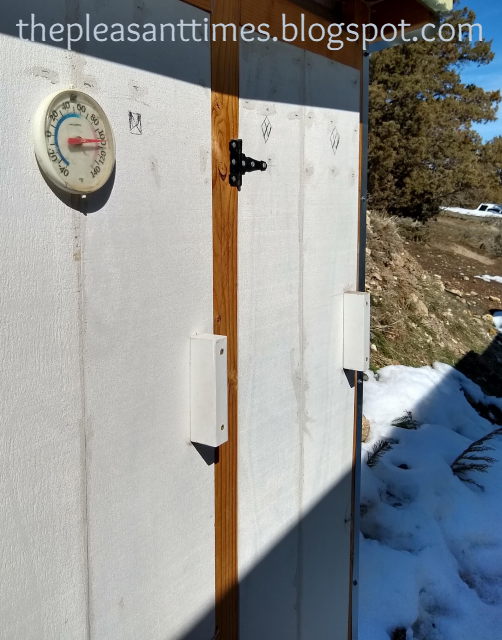 My son thinks this crazy thermometer is the stupidest thing ever, but I like it. I think it's an optimistic thermometer.