Plumbing that Never Was

And now to see what was going on while the paint dried. 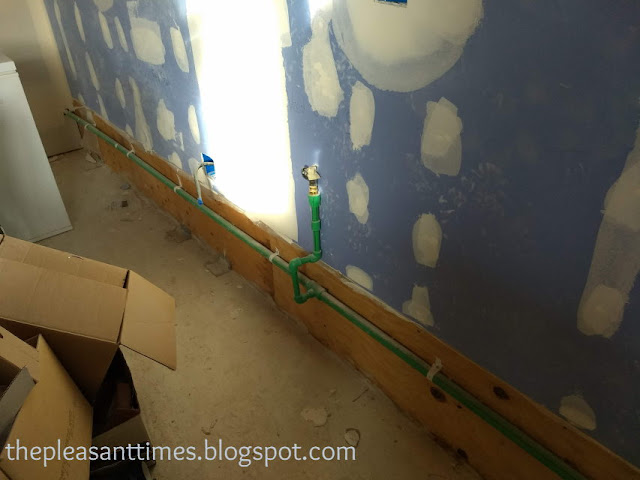 In the kitchen we plumbed an extension for the pot-filler by the stove. Do I have a pot-filler by the stove today? Nope. There was a lot of shopping for it (a lot ). There were hours of frustration trying to find a lead-free pot filler. I know it sounds silly to a lot of people, and plumbers, to fuss about a little tiny bits of government-approved amounts of lead. We did our best to find items that had as close to zero as possible.  It was was so hard to find this type of faucet just for my regular sinks! A pot-filler was one of those trendy things we thought was neat, but in the end it was admittedly silly because the sink was a few steps away. So we decided not to develop it any further. 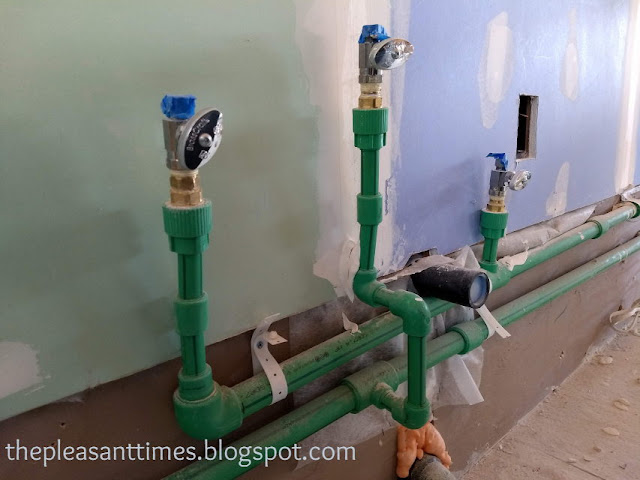 This is the sink pipes. However the hot water pipe had to be changed, because... 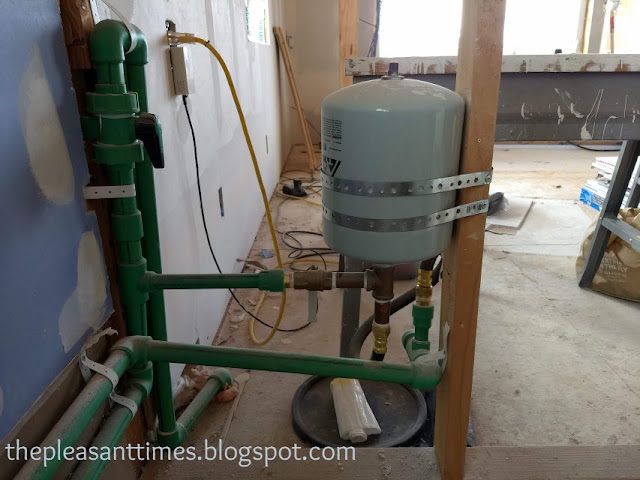 ...it was pointing to the water heat that was going to sit here in a cabinet... 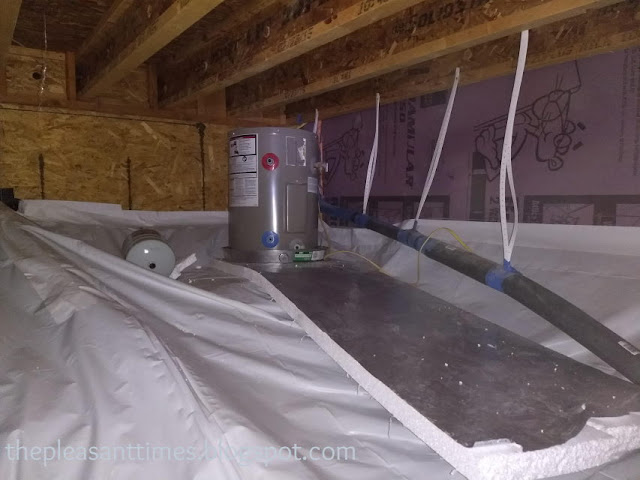 ...that then was going to sit under the kitchen, but never came to be.
We thought about instant hot water in the kitchen, but the electrician mentioned that if it wasn't a gas instant water heater it would be very expensive to run on electric. So we opted for a hot water holding- tank style heater, but it eventually was eliminated from the project list for various reasons. So we re-routed the hot water pipe to the main heater, which was less than a 25 foot run away. That should have ensured that we had some kind of hot water in a timely manner! Unfortunately, it is never really hot at the kitchen faucet unless you wait quite a while.
We never got around to returning the little water heater (which we bought in a town a hundred miles away). So I have in my mind's eye a cute little shed-roofed hut under the kitchen window that houses the little water heater and a water softener, with a 12" pipe to bring it all to the kitchen sink. Hmm maybe when the rest of the house is finished we can add that on...how hard could it be?
posted by Lillibeth