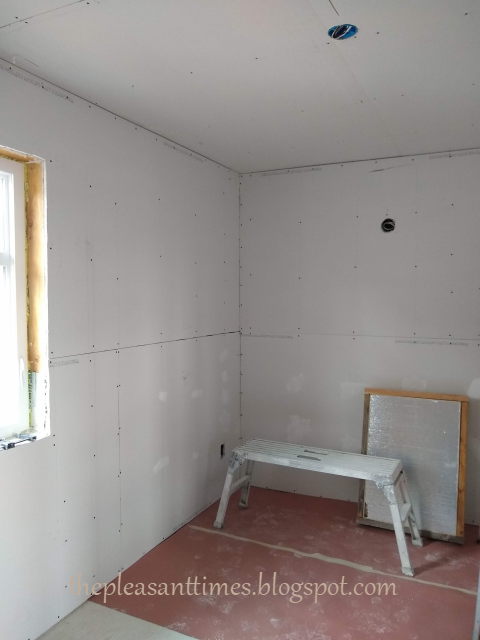 See that bench? It is a really good "tool" to have around. After seeing our drywall Pros use it we got one for ourselves. If you have gathered by now, I domesticatee where I could (it wasn't always pretty). The bench was useful for drywall and painting, but also made a handy extra seat at lunch and could even become a buffet or kitchen counter. 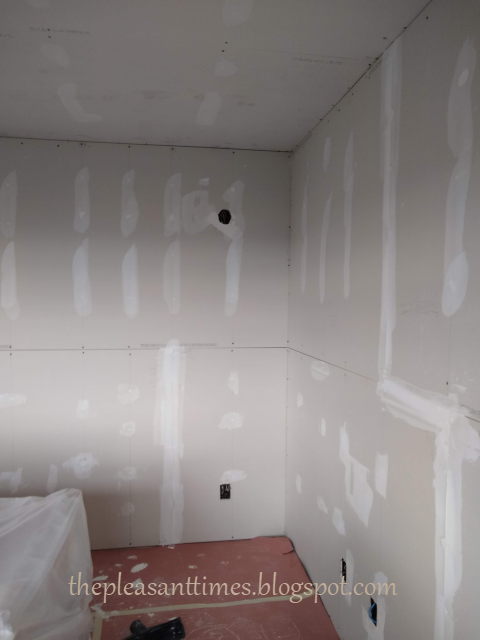 I call it "drywall" but some people say "sheetrock" or "wallboard" and I am not sure of the proper use of each term. We read about some really cool "sheetrock" made out of basalt that was impact-proof and fireproof. It was just getting going in Canada markets at the time; if we could have we would have used that kind. What we used was the ordinary stuff at Lowe's. We felt like we were on the edge of all kinds of new innovations in construction. Frankly, the longer we took the more we could utilize some! 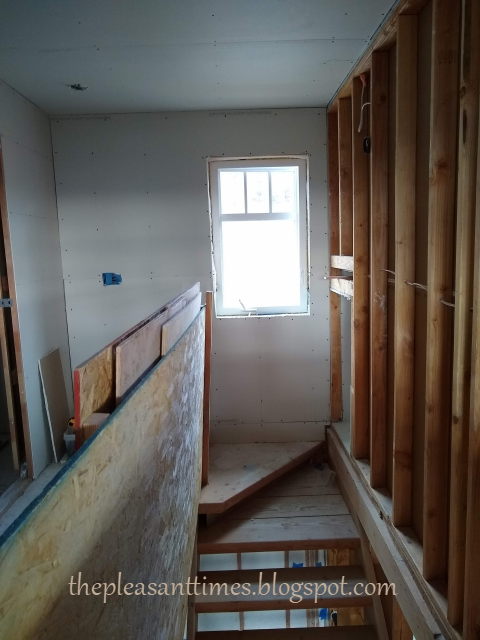 Our original plan was to finish up the downstairs, live in it, and then work on the "unfinished" second story. The county was fine with it, and it would mean we could move in faster. Somewhere along the way that idea was flipped. In this photo the upstairs drywall, for instance, was going to be done before the downstairs. I guess the idea of just doing one floor's work when you went to all the trouble to get a contractor out there seemed inefficient. If a plumber was coming, have him do all the drains. If wiring is going in, do the entire house.  Looking back, in some ways I wish we had stayed with our original plans, even though it meant calling everyone back a second time. Nevertheless, we began to look at the house as a whole project instead a phased project. 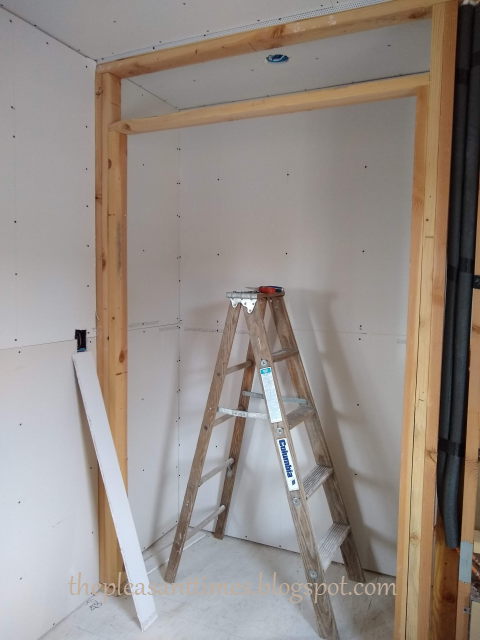 Look here, a closet wall! Things like this seemed so progressive and exciting.
posted by Lillibeth

Getting closer ! Oh what a thrill!