Getting the Flooring Upstairs

As much as I love the plywood floors and wanted them on both stories, it was too late to change the order for our upstairs flooring. We did regular tongue-and-groove fir (WAY better looking than the gnarly plywood) but I wished it could all match through the whole house. However, the second story kind of has its own “look” which is not as rustic as the first story. We were not doing the “General Store Floor” look up there anyway. I had hopes that at the least the floor would be easier to finish (less splinters to glue down!).

Getting the long boards up there was quite an interesting family event. 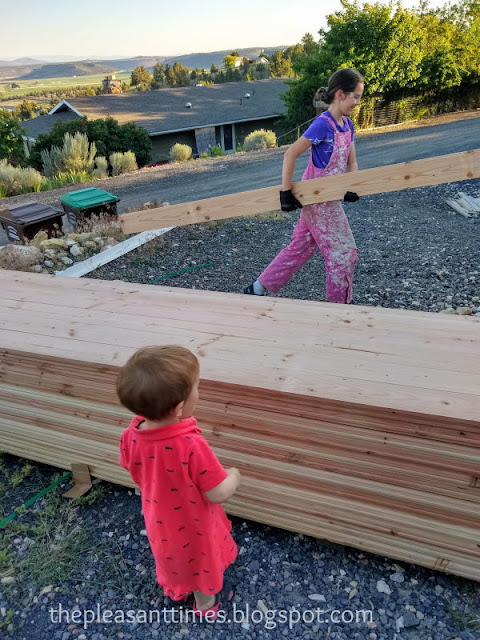 The children were always glad when they could help with the house build. 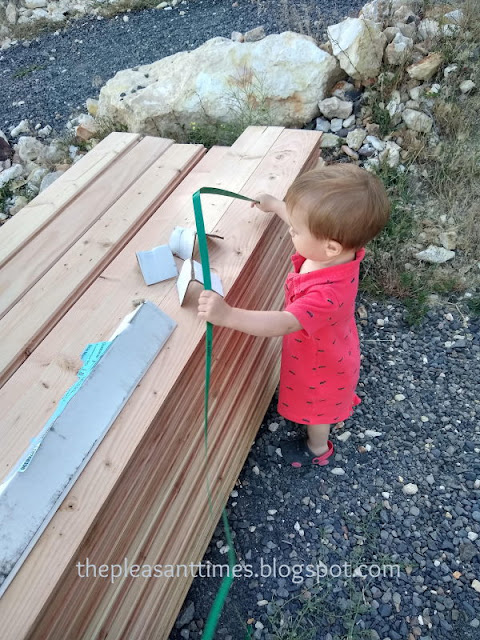 The boards handily came with cardboard and plastic "toys" to keep one amused for a while. 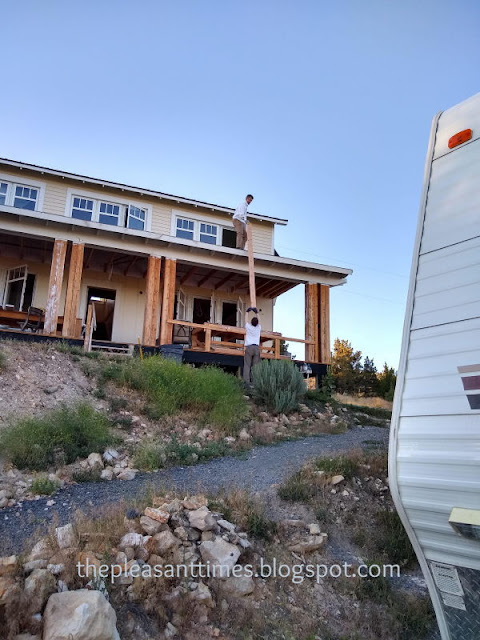 Instead of turning the stair corner/landing to the second floor, the most direct way was used. 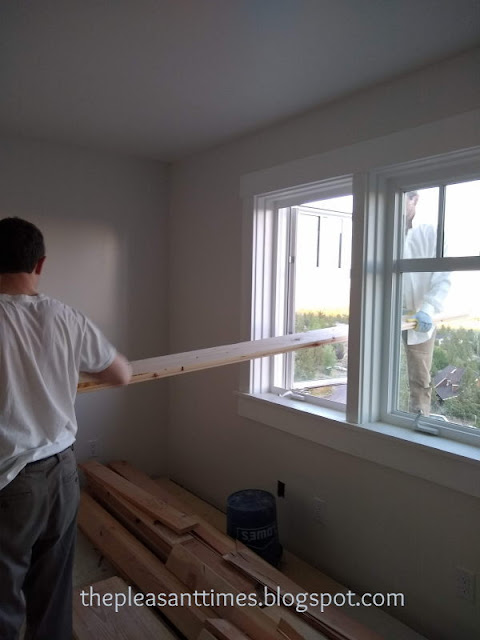 No walls were dented and no windows broken! Because this was not stable plywood, the boards had to sit upstairs for a while and "acclimate" before they could be installed. 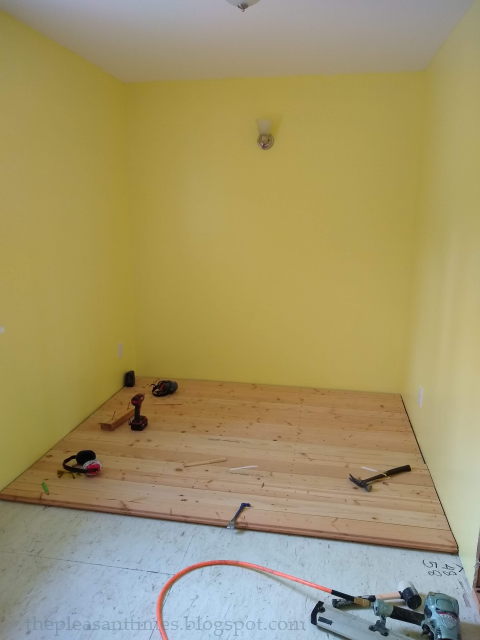 This is a fast-forward from that acclimation time. The flooring was nailed in and actually made the second story look quite old-fashioned, so it did not feel too different from the downstairs.