More about the windows! 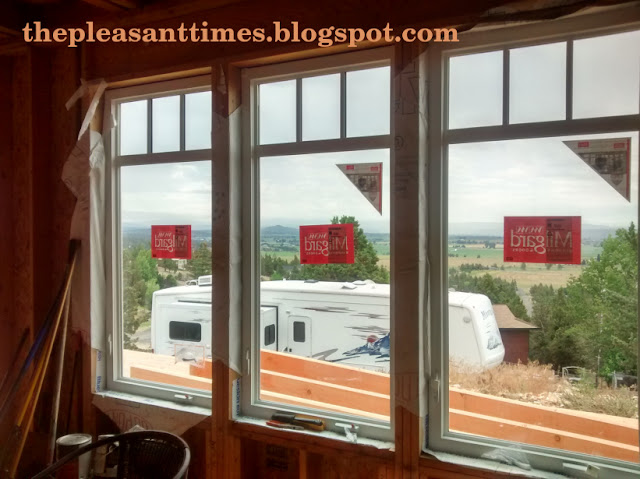 We chose big windows to catch the view, but opted to not have one giant "picture window." We liked the idea of paned windows and agreed with the architectural principle of using divided windows to "frame" the view. However, it was too tempting to have just a big clear glass!
My husband designed these windows to have the divided panes at the top, and large "picture" type window on the bottom, with no line to break the view in the middle as in double hung windows. It was a big "pro" to be able to design them! The "con" was the expense.
These are huge windows-- 3'x6' ! 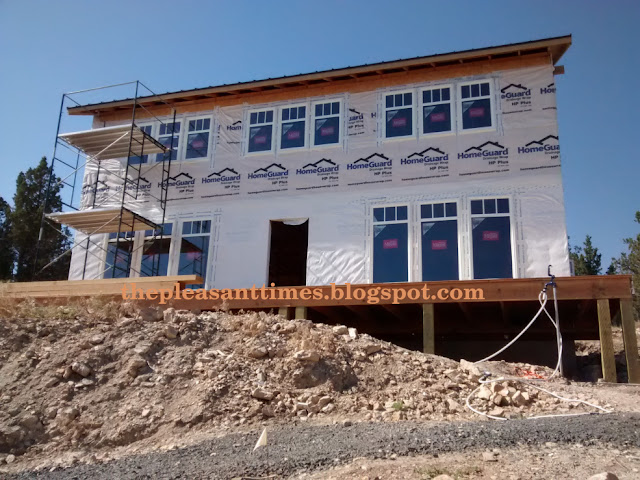 We went with Vinyl windows because of the affordability, and weather-ability. Of course a wooden window would have been first choice! So far we are satisfied with the vinyl. At least we didn't have to paint them! These came in many colors and they would have looked great in the darker versions on this house, but we figured if you scratched white it wouldn't show, because these are white all the way through. 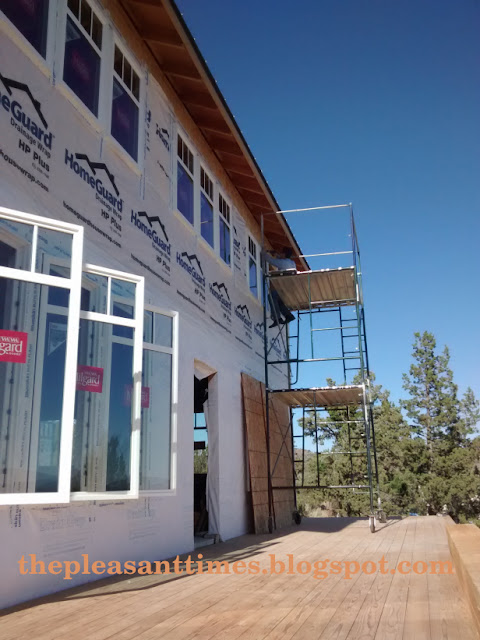 The windows are casement-- a long time wish of mine. They crank open and have childproof locks. The screens attach to the inside, which is SO HANDY on the upper floor windows!

The casements look fabulous! Everyone comments on them and thinks they are really neat. If we did it again, though, we would not have the casements! For the large windows, they are heavy and it takes a while to crank them open. They are so very very wide when open, they make it hard to put chairs on the deck (I should have thought of that...). What we had no way of knowing was how they would work on this particular house on this particular property...

You see, it is very gusty here at certain times of the day and night. The open windows, though nice and tight and pretty steady, do start to wiggle and the handles rattle in the wind. In the heat of the summer, depending on how we placed them (they only open one direction, remember!) we can scoop a nice breeze in, or else get nothing.

So if we could go back and do it over, we'd have double hung windows. One lift and they're open, no having to stand there and crank the handle. They would have been cheaper, too. We would have regretted the line in the middle of the view, I know, but or the large ones we might have opted for fixed windows with a top that opened out. 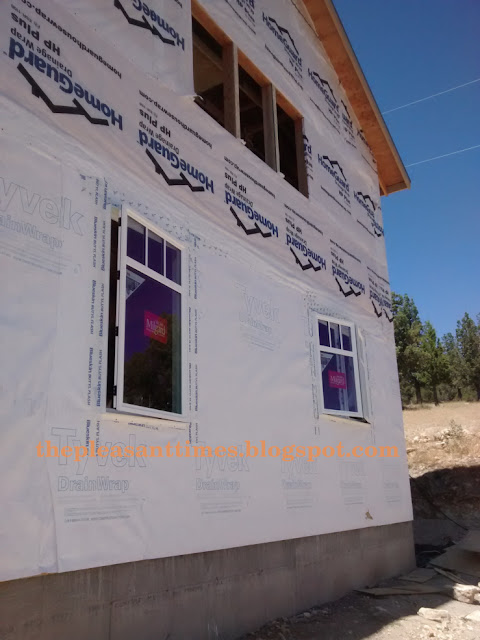 As it turned out, we had a chance to try out the other types of windows. Because we felt the presentation of the house and the beautiful view were most important,  we splurged on the front windows. It was back to the drawing board (er, computer software) to redesign some rooms to reduce cost. We had to cut back on the size, style and number of the remaining windows. Some of the windows upstairs had to be fixed (unopenable) to preserve the look we needed in certain rooms, without the cost of operable windows. Some windows were eliminated altogether (we took them out of all the bathrooms). Some "shrunk" as it was cheaper to get smaller ones.  And some were a different style to reduce cost (we didn't mind the latter because we like an eclectic look, and it is more interesting than having everything match).

Next up: the part of the windows that made us lose sleep!