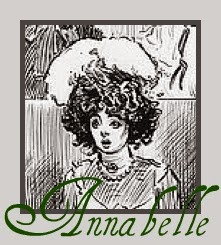 The Pleasant Times Editor has questions about chickens for our Gardening Editor, Annabelle. Let's tap into Annabelle's backwoods wisdom and find out about... 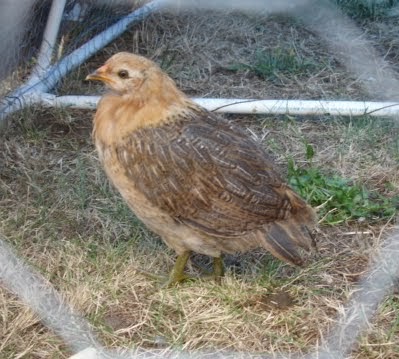 FEEDING CHICKENS
Do you feed your chickens scrambled eggs? Why or why not?
Well.... I think we've fed them scrambled eggs before but if I'm feeding them eggs it has usually been hard-boiled eggs and usually when they were chicks. Sometimes when we made an angel food cake and had tons of yolks left over we'd cook them in a omelet style and feed some back to them. That is a lot of protein all at once... so better spread it out.

Do you feed your chicken venison? Why or why not?
No.. I don't ... because I don't have any! If I could shoot a dear in the winter , I'd have them clean the carcass (after the meat is cut off... that is good eating for people folk..) . It is a good source of protein for the  birds in winter when bugs aren't as plentiful. Joel Salatin talks about this in his books. Chickens aren't vegetarians... they do need protein and soy really isn't the greatest. If you have access to good protein .. especially in winter.. use it! This could be squirrel carcasses or rabbits... or venison. You have a lot of options. Sorry... was that not a  genteel enough subject for here?? You did ask the question....

Is it okay to feed chickens fish like salmon (leftovers)?  Well.... there is probably a lot of sodium in fish leftovers and it isn't good to feed them highly seasoned stuff. Also.. if they are laying eggs, you are going to end up with some interesting flavors .

If I feed kitchen veggie/fruit scraps to my chickens, won't they quit eating the dried poultry food and not get enough protein?
Chickens may leave off eating as much of the boring dry stuff and if they are laying their egg count will go down but they are pretty good judges of what they need. If given the options they will pick and choose just what they need. I'm assuming they also have access to bugs and worms and so forth so that helps their protein levels too.


Do chickens know which plants are poisonous to them, or do I have to keep a list around and identify every weed in the yard to make sure they don't kill themselves?
Chickens aren't completely stupid ... they also aren't affected by some things that affect us . I had chickens eat my rhubarb leaves one year (which are poisonous to us) and they were fine. I don't think you need to worry too much. If you have something that you absolutely know is toxic.. you might want to remove it... but again.. they are pretty good judges of what they need and they are more likely to eat rat poison than kill themselves on some poisonous plant. I'm not saying it can't happen because I'm sure it has... but don't worry about it too much.

My chick swallowed a big piece of white paper or duct tape or something before I could catch her. She didn't die, but should I panic anyway?
... I had a chick eat one of my earrings once... when I used to wear such things.... it didn't die but much much (years) later I had a hen with an impacted craw and we ended up just putting her down. I used to think maybe it was the earring but I have no way of knowing really because I didn't do an autopsy at the time . ;-) I don't think you have anything to worry about. If they were eating pieces of wire or metal.. then yes.. you might worry. But they should deal with the white paper/duct tape fine. I've had chicks and ducklings eat shavings at an alarming rate when they were very young and  I was always sure they'd choke eventually with all that stuff in their craw but they all did fine. There is always the chance something could get stuck.... if the chick starts acting weird... if there is swelling in front ... you might take a closer look. But if nothing has happened so far, I wouldn't worry about it.

ROOSTERS
The feed store charged me $.75 extra for a certain breed of hen. She turned out to be a different breed of rooster. Should I try and get my money back, or sue, or what?
SUE of course!!  Seriously... hmm... you could go back and point out they sold you the wrong variety and charged you extra for the privilege... but for .75 cents I think that is  more hassle than it is worth. Just eat that thar rooster down the line when he starts making a pest of hisself. ;-) Or let him play with the ladies and you get more chicks... which means you'll be getting chicks for FREE meaning you ultimately get more than the feed store ever intended. ;-)


Now that I know I have a rooster in the batch, how do I tame him so he won't be mean? He's already been pecking the others.
... Hmm.... I've never tamed a rooster before because where I live they are not allowed to crow without some serious fines being imposed. So all mine have been graduated to the dinner table at 10 weeks ... or whenever they first chose to exercise their lungs... You could tame it like any other chicken. Of course... you'd start young, hold it a lot... spend a lot of time with it.... have it eat out of your hand. But yours is already older and already aggressive. Some birds are just plain mean and there isn't much you can do. Of course I'm sure there is some Chicken Whisperer out there who could figure something out but I don't have that kind of patience for a mean bird. Keep an eye on him.

Fertilized eggs for breakfast sounds yucky. Are there risks vs. benefits to eating fertilized eggs?
Well, if they are fresh eggs there really isn't much different at all. If you let them develop and then eat them... well.. yeah... that is kind of gross .. although it is a great delicacy in certain cultures. Anyway, they are no more or less nutritional than unfertilized eggs.

BULLIES
What do you think about putting vicks vapo rub on a chicken that is getting pecked on? Or on the bully? Does it work or does it kill the hens?
I doubt it would kill them. I've never tried it before so I can't say if it does or does not work. Don't put it on any open wounds . You could try it.... Let me know if it works!

posted by Annabelle and Elly May

If you need to contact me, my email is thepleasanttimes at gmail dot com